Twas the week before Christmas as another year approached its dusk

Left much death and devastation but Zelensky far from on his knees.

And central banks ramped up their hawkishness as inflation began to soar.

And the impact on the markets, for most, was nothing short of frightening.

As investors scorned risky assets and stampeded to the dollar as a herd.

But the index was supported by commodities and the banking sector gain.

And they flaunted their military prowess in the Straits around Taiwan.

And Xi Jinping, for the third time, as the Communist Party Chair prevailed.

In the mid-terms with no big red wave Donald Trump became the GOP’s own grouse.

And the ORION craft launched into space as the Artemis moon mission got its start.

And parts of space that even Hubble couldn’t reach were brought clearer into sight.

Whose mini budget was globally scorned so she threw the exchequer under the bus.

As Sterling collapsed, Truss was shown the door and her tenure days ended at fifty

And Sunak was brought to 10 Downing Street to oversee a budget a lot more thrifty.

But sadly it was the last time that they’d share marmalade sandwiches and a cup of tea.

And goodness gracious, no great balls left of fire as Jerry Lee Lewis too was gone.

While Johnny Fever, Jessica Fletcher and Hagrid too left this earthly cast.

While Shinzo Abe was assassinated and we saw the final leg spin of Shane Warne.

Kuli Roberts and DJ Dimplez will no longer dazzle and entertain

And we won’t hear Jeremy Mansfield over the highveld’s airwaves ever again.

And DJs Citi Lyts and Sumbody were separately gunned down in their prime.

And they’ll want us all to remember that mental illness also means you’re sick.

Like the tennis one about Djokovic when from Australia he was deported.

And inspired the Fresh Prince to storm the stage and deliver a mighty big face slap.

And the court heard the juicy details in the case of Johnny Depp versus Amber Heard.

And in June we ditched our COVID masks much to everyone’s relief.

Loadshedding gets its annual mention after we experienced blackout stage six

With the saddest news of all, that it could still take two years to fix.

Hurricanes and typhoons ravaged the globe with widespread devastation

With Monsoon rains leaving floods covering a third of the Pakistan nation.

Temperatures soared over forty as Europeans suffered through a heat wave

But COP27 came up short on how the planet we’ll eventually save.

KZN too was flooded with buildings and bridges washed away

And memories of the loved ones lost, will forever with us stay.

And at the Birmingham games, SA won medals with seven of them bright gold.

But the fans were left a little enraged when the plug was pulled on stadium beer.

But we couldn’t hide our faces when Rassie ranted out another referee tweet.

With the roads to all of our futures free from escalating e-tolls.

But let’s pause right there and spare a thought for Charlize’s dwindling forty-four.

So let’s twist his “Visit from St Nicholas” words for the very, very last time:

“But I heard him exclaim, ‘ere he drove out of sight,

A great festive season to all, and to all a good-night." 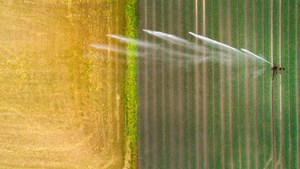 Financial Freedom is not about being wealthy