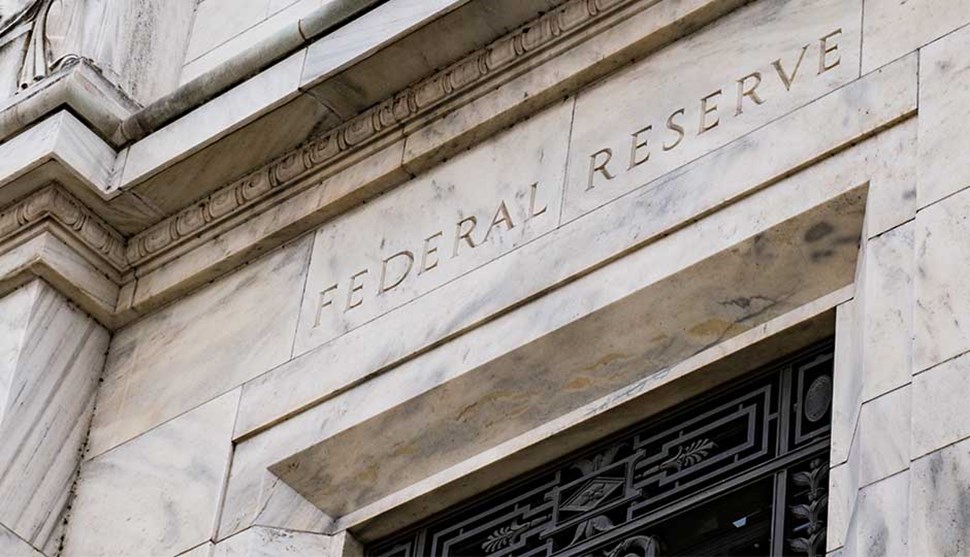 Once again, global equity markets ended the month in positive territory, as strong earnings and stabilising comments coming out of the Jackson Hole Summit by the US Federal Reserve (“Fed”) offset concerns over the spread of the Delta variant and a deceleration in economic growth as signals begin to indicate that peak growth has been reached. For the month of August, the MSCI All Country World Index, a broad measure of global equity markets gained 3%.

Strong corporate earnings and the positive reaction of US equity markets to the speech from Fed Chairman Jerome Powell at the Jackson Hole Summit, helped the S&P 500 Index, a broad measure of US equity markets, end the month 3% higher. The Fed Chair cemented expectations around the central bank’s stance over the easing of monetary policy. Prior to the meeting, the Fed Chairman had consistently stated that in order to commence withdrawing support, two conditions needed to be met. Firstly, it would need to see annual inflation average above 2% for a sustained period and secondly, the US economy would need to reach maximum employment – which can be described as the highest level of employment or lowest level of unemployment that the economy can sustain while maintaining a stable inflation rate. In his communication at the annual Jackson Hole symposium, which was held virtually for obvious reasons, Powell noted that the first condition relating to inflation had been met. Regarding the second condition, Powell, who goes by the nickname “Jay”, stated that “clear progress” had been made. The implications of these remarks are that the Fed will likely begin tapering later this year, meaning it will reduce the amount of bonds that it buys each month, so long as economic progress continues. Furthermore, as the second condition regarding employment had not yet been met, the Fed had not reached a position to start hiking interest rates.

Leading up to the August summit, US equity markets were beginning to waver over concerns that the Fed would begin tightening monetary policy, including the hiking of interest rates, sooner than expected. Markets were also feeling the pressure of the rapidly spreading Delta variant which had cast a cloud over the economic recovery. Investor concerns were somewhat allayed after the Pfizer vaccine was given full approval by the US Food and Drug Administration (FDA). Prior to obtaining the approval, the vaccine, which will now be marketed as “Cormirnaty”, which is a combination of the terms COVID-19, mRNA, community and immunity, had been given emergency use authorisation but it is now fully approved in the US for those aged 16 and older. The approval is likely to lead to more vaccine mandates by companies across the country.

Bond markets had similarly begun to reflect the prospect of tapering even before the summit was held with the US 10-year Treasury yield climbing higher earlier in the month. Comments from various Fed officials leading up to the event had become increasingly hawkish – focused on controlling inflation – implying that it would be time to start withdrawing support in the form of tapering and hiking interest rates sooner than expected. Recent economic data added support to easing the crisis-era stimulus package and higher long-term yields as news on the jobs front had been strong with more jobs created than expected and unemployment continuing to fall, though it remains above pre-pandemic levels. Following Powell’s speech, yields did fall slightly, likely reflecting the Fed’s position on interest rate increases, but the 10-year yield still ended the month 7 basis points higher at 1.3%

Higher treasury yields saw the US dollar strengthen during the month and support for the greenback was also bolstered by the passing of a $1 trillion infrastructure bill. The stronger dollar was a contributing factor to a fall of commodity prices along with the prospect of slowing economic growth. The price of copper, which is considered a bellwether for future economic growth, slipped on expectations of lower economic growth but was able to recover some lost ground following the announcement of the Pfizer vaccine approval before ending the month down 3% at $9,463 a tonne. Iron Ore is another metal that has come under considerable pressure of late. It was as recent as May that the metal was trading over $230 a tonne but it has since endured a precipitous fall and August was no exception to the trend as the price fell 25% during the month before closing at $159 a tonne. Concern over demand for the metal, particularly from China which produces more than half the world’s steel was the driving force that has let the air out of its tyre. Expectations of slowing global growth aside, demand has been curbed somewhat as Chinese officials have enacted stricter steel production limits in a bid to curb inflation in the price of the metal as well as reduce emissions stemming from steel production. Fears that the spread of the Delta variant could depress demand for fuel led to a decline in the price of oil as Brent Crude ended the month at $73 a barrel, down 6%.

European equities climbed higher during the month as strong earnings, that for the most part beat expectations, outweighed concerns over the spread of the Delta variant and its potential impact on economic growth. The EURO STOXX 50 Index and the FTSE 100 Index, broad measures of Eurozone and UK equity markets respectively, returned over 2% during the month.

It was another challenging month for Chinese equity markets as authorities continue to wield their power over various sectors of the market. To date, Chinese regulators have focused their Sauron–like gaze on areas of data security, industry competition, financial stability and inequality but their actions suggest that any activity posing a risk to national security or social welfare is a potential target. Chinese shares listed outside the mainland have been hardest hit. This has meant that companies within sectors that have the largest digital exposure, namely information technology, consumer discretionary and communication services have been hardest hit. This is clearly evidenced by the fall in the Nasdaq Golden Dragon Index, whose weighting is significantly tilted towards technology and includes only US-listed companies. Since February, the technology–focused index had already dropped 43% and during August it fell another 2%. In contrast, the onshore Shanghai Composite Index, which is also more diversified than its counterpart, had only declined 7% prior to August and actually registered a 4% gain during the month.

One particular area of technology that came under pressure this month is the online video games industry, which includes the likes of Tencent. A state–run newspaper in China voiced concerns over the widespread internet addiction among China’s youth and branded online video games as having grown into “spiritual opium worth hundreds of billions”, essentially putting them into the same category as opium peddlers of the 19th century. This of course sent shares of Tencent tumbling. Next in line for a caning were the high-flying luxury stocks. In a speech on wealth inequality, Chinese President Xi Jinping signalled that China would “regulate excessively high incomes and encourage high-income groups and enterprises to return more to society” indicating that the Chinese Communist Party would focus on “common prosperity for all”. Wealthy Chinese shoppers are a critical growth engine for the luxury industry and the risk of higher taxes and party disapproval may curb their spending habits. Shares of Hermès, maker of the Birkin bag, Richemont, owner of Cartier watches and LVMH Moët Hennessy, home to Louis Vuitton and Dom Pérignon champagne, all ended the month in negative territory.

The combination of Naspers, Richemont and various resource counters dragged the JSE All Share Index into the red as the local bourse ended the month down 2%. The impact of China and its influence over commodity prices, in particular iron ore, negatively impacted the prices of mining groups such as Anglo American, BHP and Kumba. Naspers owns nearly a third of Tencent and consequently it too felt the impact of Chinese authorities – as did Richemont. Somewhat offsetting the losses were financials as banking and insurance groups such as Absa, Standard Bank, Old Mutual and Sanlam delivered strong gains during the month off the back of better-than-expected results results or the anticipation thereof.

Bitcoin is a sensation because its spectacular boombust nature engages our two most powerful emotions: greed and fear.

Interest rates are on the rise