Cryptocurrencies are a new asset class evolving rapidly in an increasingly tech-driven economy.

Cryptocurrencies are systems that facilitate secure payments online which are denominated in terms of virtual "tokens” and are represented by ledger entries across a decentralised network. The word crypto is derived from the encryption techniques which are used to secure the network. These cryptographically secured digital currencies makes it nearly impossible to counterfeit or double-spend.

In January 2021, there were 4015 cryptocurrencies most of which have little to no following or trading volume. The total cryptocurrency market is worth around $2 trillion with Bitcoin (BTC) having the largest market capitalization at around $620bn, Ethereum (ETH) at $249bn, Ripple (XRP) at $62bn and Cardano (ADA)at R45bn. The tokens associated with these currencies are traded on exchanges the largest of which is Binance which trades 320 types of coins around $11bn daily, Coinbase trades 73 coins worth $1.5bn, OKEx trades 268 coins worth $2.5bn and Huobi Global trades 329 coins worth $2.4bn daily.

There is a huge amount of hype around the investment potential of cryptocurrencies due to the enormous price increases many “cryptos” have had over the last two years. Fortunes have been made and many lost due to the price volatility of these cryptocurrencies and unfortunately some investors have lost their private key (password) and cannot access their cryptocurrency wallets.

There are three broad types of cryptocurrencies, those that function like a currency, such as Bitcoin. Then there are those that have a utility function which operate on network infrastructure and allow cryptocurrencies to be built on top of their networks. Ethereum’s Ethereum Virtual Machine (EVM) is a good example, as it allows the creation of several currencies on its network. The third type is app or platform currencies which are built on top of utility currencies.

Most of the cryptocurrencies use some form of blockchain engine to process their transaction blocks and distribute the transactions for proofing across a distributed network, most of which are global. Cryptocurrencies are designed to make payments without relying on traditional payments modes such as cash, debit, or credit cards. The Bitcoin white paper, published in 2008, by Satoshi Nakomoto (a pseudonym for a person or group of persons) set off the cryptocurrency revolution. It envisioned an electronic payment system that allows “any two willing parties to transact directly with each other without the need for a trusted third party,” cutting governments and banks out of the financial loop.

At this point, Bitcoin transactions can take around 10 minutes to execute and can cost around $20 in fees. Ethereum is slight faster, but its fees are also high. The prerequisite for a currency to be used as legal tender is price stability and the largest cryptocurrencies traded on exchanges are massively more volatile than existing sovereign advanced economy currencies. The large swings in many cryptocurrency prices make them an unreliable means of payment, at this point.

The expanding universe of cryptocurrencies has been facilitated by forking of the blockchain and the Initial Coin Offering (ICO) boom. The hype around cryptocurrencies cannot be understated. Meme-based Dogecoin is possibly the best example. It is currently worth $24bn and is trading at $0.187 per coin. Dogecoin was started as a joke in 2013, a way to poke fun at some of the wild speculation in cryptocurrencies.

As with all traded assets, price and value are two different concepts. Price is what you pay for the asset, while value is what you think it is worth. A cryptocurrency is not physical and has no intrinsic value outside its economic context. The key factors driving the value are its utility, scarcity, and the supply and demand balance of the asset. The latter factor is influenced by the market’s demand for it, its availability, and the number of competing cryptocurrencies all of which can be assessed on a cryptocurrency exchange.

Digital currencies are not new. In most countries, the value of cash in money supply varies between 3% and 5% of M3 money supply and in the case of the US, 10% of M2 money supply. Most central banks have a digital currency wholesale market with the private sector commercial banks.

Central bank digital currencies (CBDCs) are being explored by regulators in the UK, US, China and elsewhere, as banks attempt to innovate their monetary systems amid a boom in cryptocurrencies and other private solutions. The Bank of England’s effort is only in its earliest proposal stages, while Beijing has already begun consumer trials. The key features of digital currencies are privacy, speed of transaction, lower transaction costs, 24/7 payments and ease of micropayments especially for Internet of Things’ subscriptions in the future.

The cryptocurrencies are also cited for peer-to-peer transaction capability which could radically transform the financial, legal, broking and business services industries causing widespread disruption through disintermediation.

Platforms such as Ethereum have built on Bitcoin's innovation, with some big differences. Both let you use digital money without payment providers or banks. But Ethereum is programmable, so you can also use it for lots of different digital assets. Ethereum is for more than payments. It is a marketplace of financial services, games and apps that cannot steal your data or censor you. There is massively expanding demand for decentralized finance (DeFi) and non-fungible tokens (NFTs) which are being built on Ethereum’s blockchain. It also offers a platform for the development of smart contract applications with the unique features of automatic execution, transparency, and non-tampering in a blockchain environment. This utility opens up vast potential in the legal and procurement functions. A smart contract is a new technology that can automatically negotiate, fulfil, and enforce the terms of an agreement in a blockchain environment

Cryptocurrencies, stablecoins (cryptocurrencies linked to an underlying asset such as a sovereign currency or gold) and NFTs are risking the ‘Uberisation’ of money, warns former Governor of the Bank of England, Mark Carney. The proliferation of these forms of cryptocurrencies could prove difficult for central banks to override with their own projects. There are powerful network effects in both social networks and money. If combined, these could be mutually reinforcing. Convenience, once established, may be very difficult to unwind in this “Uberisation” of money.

Cryptocurrencies are a new asset class evolving rapidly in an increasingly tech-driven economy. Most are unlikely to survive as speculative investment vehicles, but they are triggering transformative changes to money and finance. Digital tokens representing money and other assets could simplify electronic transactions involving transfers of assets and payments, in many cases without trusted third parties. Contractual obligations and property rights will still need to be enforced by Governments, but cryptographic software could someday take the place of other intermediaries, such as bankers, brokers, accountants and lawyers. This appears to be an unstoppable megatrend. 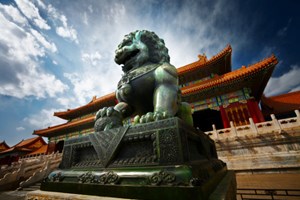