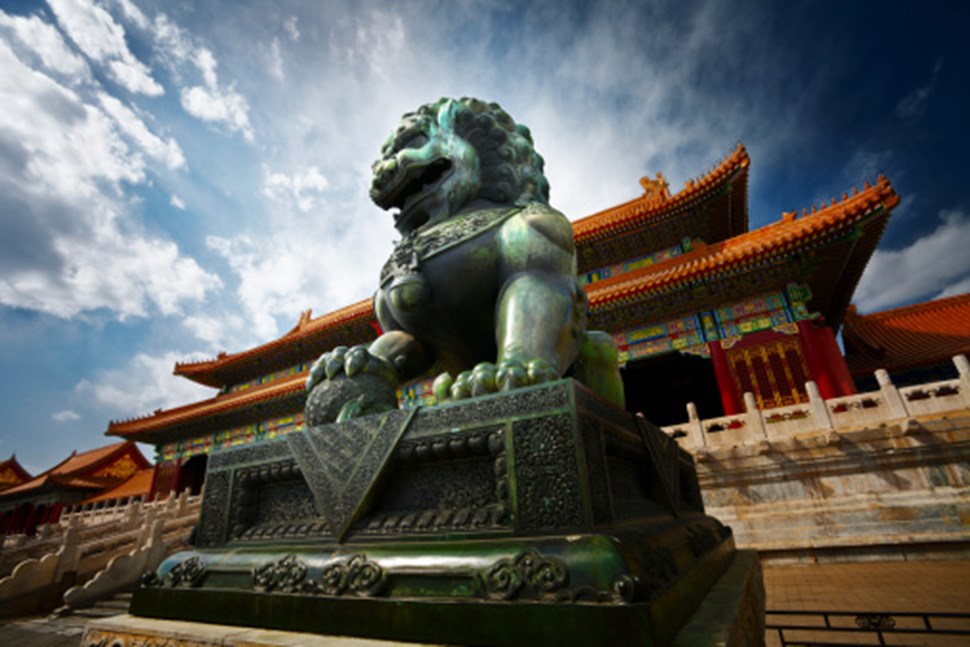 Global equity markets remained resilient during July despite facing a number of challenging headwinds, as the MSCI All Country World Index, a broad measure of global equity markets, edged 0.7% higher to end the month in positive territory.

It was a challenging month for markets, at times experiencing sharp declines in equity prices. In addition, concerns over a slowdown in economic growth led to a fall in bond yields. Whilst economic growth may be showing signs of decelerating, as evidenced by the 6.5% annualised increase in US GDP, which came in slightly below expectations, the overall trend still remains positive. The rapidly spreading COVID Delta variant is also causing concern over the economic recovery despite the number of people that have been vaccinated. Perhaps what is more important to focus on is the effectiveness of the vaccines. Evidence shows that while vaccines may not fully prevent the spread of the Delta variant, they do reduce the rate at which it spreads and significantly reduce the number of hospitalisations, the main variable that determines whether economic activity needs to be restricted.

Typically, there is an inverse relationship between equity prices and bond yields and falling bond yields, specifically longer term “real” yields are likely to have contributed to the resilience of equity markets. Quoted yields or interest rates are typically nominal rates meaning they have an element of inflation built into them. Stripping out inflation transforms the rate into its raw or real yield. Long-term real yields in the US recently hit an all-time low dropping below negative 1%.

This extremely low yield stands at a juxtaposition with the high, albeit slowing, growth rate of the US economy as well as the elevated level of earnings growth coming through from companies. The most logical reason for this contrast is the pace at which the US Federal reserve (“Fed”) is moving. It is more than a year ago that the Fed reduced its benchmark interest rate to zero and launched a new round of quantitative easing. Fast forward to the present and the US has seen both economic growth recover at a rapid rate as well as a significant spike in inflation, but the Fed has maintained its benchmark interest rate at its low level and it has not withdrawn monetary support either. The Fed has acknowledged such economic improvements but is still of the view that further improvements in the economy would be required before taking any action such as hiking interest rates or tapering its support. Last month the Fed did bring forward its projection for when it anticipates it will commence rate hiking, though members remain divided as to when monetary stimulus should be reduced. In addition, the Fed still regards the current level of elevated inflation as transitory and thus remains hesitant to increase interest rates.

Some believe that the current stance of the Fed to keep interest rates depressed is not sustainable. Should inflation prove to be more structural than transitory, it could have an adverse impact on the mid-term elections in 2022. Fearful of the impact of higher inflation on consumers, the current administration could apply pressure on the Fed to raise interest rates even sooner than anticipated. In addition, the Fed will be well aware that the longer it holds off on raising interest rates, the faster it will have to raise interest rates in the future which could lead to financial instability. With the above considerations in mind, it would be increasingly difficult for interest rates to be kept at their current levels as we continue to see elevated growth in company earnings as well as the economy. With the prospect of higher interest rates arriving sooner than currently indicated by the Fed, equity markets would likely discount such, leading equity investors to become increasingly cautious.

Chinese equity markets were rocked during the month as regulators continue to impose a number of regulations and restrictions on Chinese companies particularly those located in the technology sector. Rewind back to November last year and the proposed listing of Alibaba associate and fintech powerhouse, Ant Group, which was tabled to become the largest IPO in history, only for government regulators in Beijing to step in and forcibly halt the listing. Since then, we have seen a number of initiatives implemented which have ostensibly curbed the power and influence of Chinese technology giants. The latest occurrences to add to the growing list include Beijing ordering Tencent Music to relinquish exclusive rights to music labels as well as the possibility of a fine. Of more concern were the developments that followed the publication of a leaked memo targeting online education companies. The proposed regulations and changes to the operating model of these companies sent shockwaves through the sector leading to dramatic falls in company share prices. 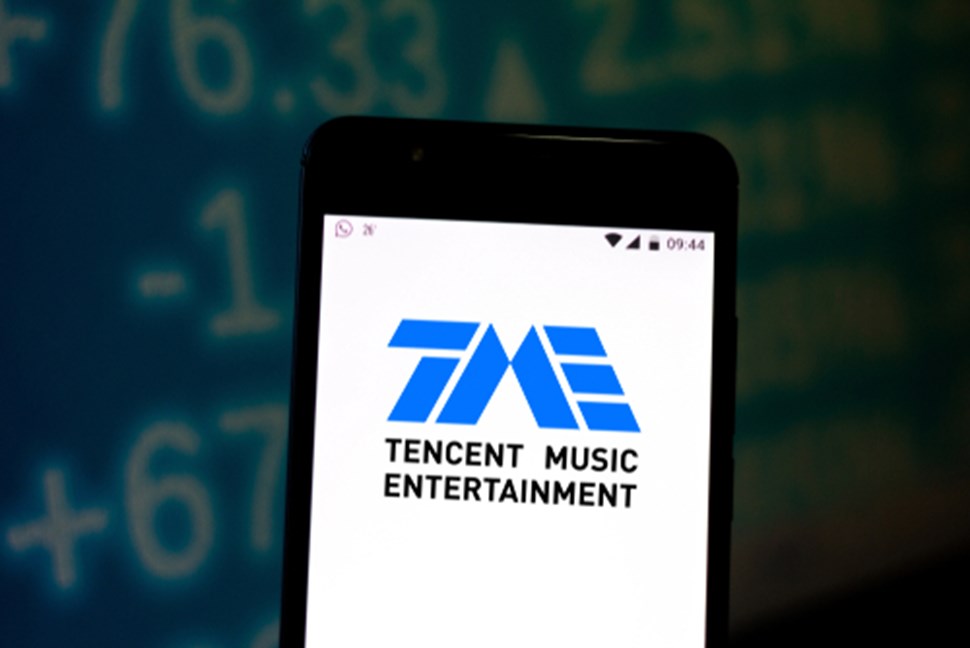 Whilst the memo specifically focused on education companies it did make reference to an area that has grown in focus as Chinese regulation continues to encroach on major Chinese companies. The area in question is the use of a “variable interest entity” (“VIE”), a structure used by Chinese companies to list offshore. Firstly, it is important to understand why this structure is used. China currently restricts foreign investment in a number of sectors including the likes of internet, e-commerce and education. To overcome this issue, Chinese companies seeking to obtain foreign investment made use of the VIE structure. Interestingly, the VIE structure found its roots in US accounting literature. On a basic level, a VIE structure allows for the control of a company through contracts instead of through ownership. Foreign investors will invest in the VIE (or a company that owns the VIE). The VIE, through the contracts in place, entitles these foreign shareholders to the economic rights associated with the assets and IP of the actual company located in China. However, the foreign shareholders do not actually own any of the assets or IP. The concern with this particular structure is that while Chinese authorities have tolerated their existence their legal status has always remained a grey area in Chinese law. The wording from the recently leaked memo seemed to cast doubt over their status as pertains to the education companies but concern has been reignited as to their eligibility in other sectors. As a result, we saw the prices of Chinese tech companies that use these VIE structures, such as Alibaba and Tencent, experience sharp falls during the month.

The impact of Tencent falling spilled over onto the JSE as concerns grew over Naspers’ 29% shareholding in Tencent which is held via, you guessed it, the VIE structure. Over the ensuing days, Naspers share price fell by nearly 15% though it did recover somewhat to end the month down by “only” 6%. One would expect that with Naspers holding a significant weighting in the JSE All Share Index such a precipitous fall would cause the local index to end the month in negative territory but strong performances from mining stocks, buoyed by red hot commodity prices which flowed through into impressive results, actually led the JSE All Share Index to return a little over 4% for month.

One commodity that has not followed suit is gold as it finds itself down 3% year-to-date. July was however a positive month for the yellow metal likely buoyed by falling yields as it gained 4% to end the month at $1,826/ozt. Gold is viewed as a safe haven asset, often a preferred destination on expectations of dollar weakness, but it does appear that it has lost a little of its shine as some have preferred to seek comfort in a digital format, namely cryptocurrencies. Bitcoin “HODLers” have endured a torrid few months having seen the coin value slip from over $60,000 to below $30,000. The digital asset did however enjoy a sizable bounce during month gaining nearly 40% to end the month above $40,000, weakening yields again a likely catalyst for the move.

It's all about the game - the changing gaming industry and investing

For those that want to invest in the future of a burgeoning industry, there are a number of ways that you can gain access. Jonathan Wernick uncovers the trends in the fast changing industry and where investment opportunities lie.