Chronicles of an acrophobic spelunker

We have been back to our north western neighbour, Namibia. To freedive two of the most spectacular underground cave systems on the planet; Harasib and Dragon’s Breath.

The use of slang may be deemed indecorous to some, but all incidence of polished vernacular flies out the window when you’re 50 metres underground in total darkness, and an ear splitting ‘hiss’ fills the cramped cavity in which you are suspended.

I last penned a piece for our newsletter during the first quarter of 2018, in which I shared details of our foray into the Arctic. We have since – in the name of filming our freediving escapades around the world – been back to our north western neighbour, Namibia, twice. Our mission – to freedive two of the most spectacular underground cave systems on the planet. Harasib and Dragon’s Breath are within a stone’s throw of each other, but are vastly different insomuch as access, navigation and all-round geological structure is concerned.

My acute case of acrophobia meant a complete sense of humour failure when I first laid eyes on the gargantuan mouth of Harasib. One hundred metres below – somewhere in the awe-inspiring chasm – lay the end of our access rope. Notwithstanding my overwhelming fear of heights, the expedition was a resounding success, but I still swore NEVER to set foot in a cave again.

It was foolish of me to assume this to be so as Pete’s neurolinguistic programming got the better of me, and before I knew it, I was back in the Namibian veld, standing over the intimidating mouth of yet another cavern. “What the hell am I doing here?!” “AGAIN?!” I had to admonish myself.

Discovered as recently as 1986 by members of the South African Defence Force, you’d be forgiven for not noticing the entrance – which is no larger than a square metre – to the world’s largest non-subglacial underground lake.

Every spelunker’s dream, Dragon’s – as it is more affectionately known – is not forgiving when it comes to a man of my stature. The tale of the tape puts me at 6’3” and just shy of 100 kilos. Not exactly the physique required to navigate a cave branch aptly named ‘the choke’. It was worse for my brother who tips the scales at 100kg+, and him navigating the beast’s tunnels was akin to an overweight house cat fighting its way through narrow burglar bars.

On an expedition of this nature, support is key, and we were accompanied by Don Shirley, a world renowned cave diver. Now, if you are familiar with cave diving, you’ll appreciate that when fully kitted, the diver appears ready for an Apollo mission. The amount of gear required to navigate underground aquifers is nothing short of bizarre, and getting this kit in and out of the cave over the three days was more challenging than making it through a full episode of a Vox documentary. It involved meticulous navigation, ensuring that none of the equipment was damaged, and more importantly, that none of the expedition members suffered injury. It took a seamless team effort to haul the equipment in and out each day, and it wasn’t only dive gear – cameras, food, pontoons, dive lines and film props were in abundance.

"The direction a financial market takes is influenced by an odd number of suits who believe they know what’s best, despite the structural damage they cause.”

Today we find ourselves in what I can only describe as a parallel universe to what should be considered normal market conditions. The once normal business cycle is now abnormal. The tail wags the dog. The direction a financial market takes is influenced (read manipulated) by an odd number of suits who believe they know what’s best, despite the structural damage they cause. I’m referring to the Keynesian inculcated central bankers (and their ludicrous fascination with negative interest rates) who are given carte blanche to determine monetary policy (with an elusive nudge by lawmakers to appease the electorate, of course). Our current discourse is dominated by virtue signalling social justice warriors who insist we can’t offend one another. The irony – civilised conversation is a thing of the past and slander becomes the tool of the loser when he/she knows the debate is lost. Who needs to be objective these days when we have social (and mainstream) media pushing a narrative? He who shouts loudest, gets attention and wins. Big ‘L’ liberalism and Big ‘C’ conservatism are both polarising society at an alarming rate.

My colleague, Chris Jordan, writes in this quarter’s publication about cognitive bias which goes hand in hand with the narrative agenda I am alluding to. What is the relevance of all this? I could spend ages uttering my dismay at the current state of societal affairs, but I’m certain I have already exceeded my permitted number of words.

Mark Manson talks about the feedback loop from hell, and in this case, the narrative – cognitive bias loop is a textbook example. Greta Thunberg has shaped a movement that even David Koresh would be proud of. She has pushed the narrative that the world faces imminent oblivion if we don’t change our ways. If you didn’t at the very least have some knowledge of (anthropogenic) global warming – and a hot topic it is – Greta’s ‘moving’ speech she delivered at the 2019 United Nations Climate Summit would have you believe the end is nigh. The science becomes irrelevant as politicians, celebrities and anybody with a million Instagram followers push the narrative. Before you know it, the feedback loop from hell is in full swing with a person’s cognitive bias shaped by the narrative, and the cognitive bias feeding the narrative. Even if you could present irrefutable scientific evidence that lady Thunberg’s scaremongering is nothing more than that, the narrative combined with cognitive bias will see you treated like a pariah.

Another narrative being forced down society’s throat is Modern Monetary Theory (‘MMT‘), espoused by the absurd notion that negative interest rates are just fine. The world HAS gone mad!

"Another narrative being forced down society’s throat is Modern Monetary Theory (‘MMT‘), espoused by the absurd notion that negative interest rates are just fine. The world HAS gone mad!”

What do cognitive bias, narrative and our expedition have in common anyway? Back to the ‘hiss’ I kicked this missive off with. Those au fait with the use of Self-Contained Underwater Breathing Apparatus or SCUBA will be familiar with cylinder pressure. A pillar valve attached to the neck of the cylinder allows the diver to control gas flow. You can imagine that a faulty valve or compromised thread into which you screw the valve could be catastrophic. And THIS is why the ‘hiss’ caused such a stir. Imagine a palm sized steel object being forced out of a cylinder by 3000psi of pressure! Needless to say, you’ll be playing a harp in the sky if it makes contact with you. 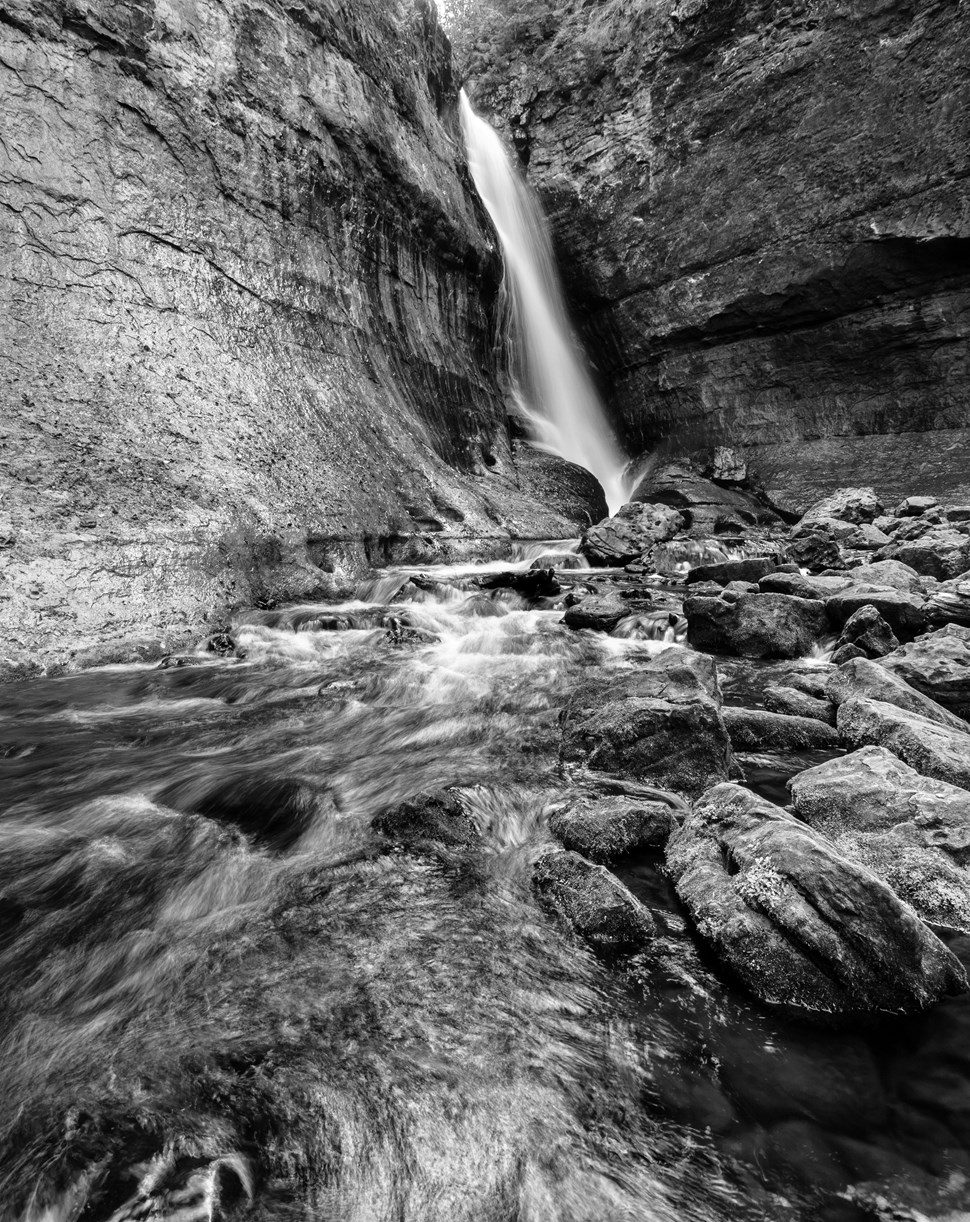 Notwithstanding, we were never in danger. Don is scrupulous when it comes to his gear, and it’s no wonder he didn’t flinch when the cylinder started ejecting air, because it was simply the wheel used to open and close the valve that rubbed against the rockface. He nonchalantly reached over, tightened the wheel and all was again silent. It was our deviation from norm or rationality that determined how we reacted during the situation. We were never in danger, but I wasn’t the only one thinking we were going to die – and this is typical of market participants these days as well.

Tversky and Kahneman assert that innumeracy can negatively affect economic decisions, and I can’t think of a more appropriate example to highlight same than the folly of central banker’s (influenced by lawmakers) ways. They assert prosperity must be infinite – that there is no such thing as a slowdown in the business cycle. This irrational thinking forms policy.

It is imperative that we, as allocators of capital, are aware of the impact cognitive bias and narrative have on financial markets. Innumeracy and irrational thinking will lead to mispricing of assets and taking a one-way bet on a single asset class is proving more and more perilous.

We attempt to cover multiple bases using our multi-asset strategies as it’s impossible to gauge the impact of a politician’s tweet, a celebrity’s Instagram post, a billionaire hedge Fund Manager’s letter, or a teenager’s ‘tear-jerking’ speech may have on our ability to think sensibly.

An inside perspective of Flynn Robson

What We’ve Learned from Each Other this Women’s Month