What does the latest retirement funds legislation say when emigrating

For those contemplating emigrating, what options do they have when they want to access their retirement fund benefits? We highlight the most recent legislation changes.

As global COVID -19 vaccine rollout programmes gather momentum, countries will slowly be easing border controls to allow migrates. For South African retirement fund members contemplating emigrating, the question on their mind is what options they have when they want to access their retirement fund benefits given the recent changes in legislation that governs retirement funds when emigrating.

OPTIONS IN RESPECT OF WITHDRAWING YOUR RETIREMENT FUNDS

The tax consequences for withdrawing and commuting lump sum benefits and the relevant tax table are summarised under the following options:

When withdrawing benefits from any retirement fund before age 55 a member’s benefit will be taxed as per the withdrawal lump sum tax table. The first R25000 of the lumpsum is tax free and any amounts above this will be taxed on a sliding scale between 18-36%.

For members of a pension fund, pension preservation fund and retirement annuity fund it should be noted that the annuitisation rules apply upon retiring (after age 55). This means that you are allowed to withdraw a lump sum equal to a maximum of one-third of the retirement fund, unless the entire value of the fund does not exceed R247 500 and in this case, you may withdraw the full retirement interest as a lump sum. The withdrawn lump sum is taxed according to the retirement lump sum tax table. The first R500 000 of the lump sum is tax free and any amounts above this are taxable on a sliding scale between 18-36%. The remaining two-thirds of the retirement fund in respect of pension, pension preservation or retirement annuity is received in the form of an annuity which is taxed as income in your hands upon receipt. Pensioners who have emigrated may have their living annuity income paid to them in their country of residence but may not access the underlying capital. This means that if you have retired and elected to commute the allowable lump sum, and the balance of your funds are transferred into a living annuity, those funds are locked into the annuity despite emigration.

As of 1 March 2021, provident funds have become subject to the same rules at retirement as pension funds and retirement annuities, except where a provident fund member is age 55 or older on 1 March 2021 and remains a member of the same provident fund. For members under age 55 on 1 March 2021 all accumulated member benefits plus any future growth on those benefits as at 28 February 2021 will be given vested rights and the full benefit can benefit can be commuted as a cash lumpsum which is taxed according to the retirement lump sum tax table. The first R500 000 of the lumpsum is tax free and any amounts above this are taxable on a sliding scale between 18-36%.

Adjustments to legislation governing emigration and access to retirement funds came into effect on 1 March 2021.This new legislation now requires retirement fund members to prove to SARS that they have been a non-resident for a period of three years before they can withdraw their funds based on emigration if a that member is still under the age of 55. The accessibility referred to above only pertains to retirement annuity funds and preservation funds. It does not apply to living annuities. Living annuities are only accessible if the fund value is below R125 000. The accessibility referred to above only applies prior to retirement and once a member has retired from their retirement annuity fund or preservation fund, the 3-year rule will have no further relevance. This restriction period will no doubt have a negative impact on the financial plans of retirement fund members who are considering permanent departure and it is therefore important to plan around this as early as possible to avoid financial difficulties when emigrating. 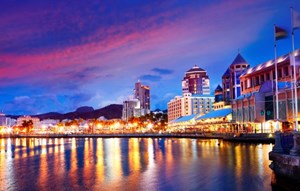 Why Mauritius Trusts remain an excellent option for South Africans

In this webinar that was hosted by Sarah Simson, Head of Fiduciary, we explored why Mauritius remains a viable option for South Africans who wish to move assets offshore.