The two pots at the end of the retirement rainbow

This article will focus on the proposed two-pot retirement fund system that will permit for partial withdrawals before retirement and compulsory retirement savings for all members.

According to the National Treasury, an alarmingly high percentage of retirement fund members do not preserve their retirement savings when changing jobs which leads to very poor retirement outcomes. Furthermore, discretionary savings are low which puts cash strapped South Africans under financial pressure when they cannot meet their emergency needs in the short term.

HOW THE TWO-POT SYSTEM WILL FUNCTION?

The two-pot retirement system proposal is currently being considered through the first discussion paper released for public consultation. This system will permit the rearrangement of retirement contributions into two pots:

Although the South African government wishes to support people to survive challenging current circumstances, it also wants to address the issue of reliance on the state during retirement. The two-pot retirement system will ensure the protection of vested rights on accumulated retirement savings before it takes full effect.

HOW THE PROPOSED TWO-POT SYSTEM MAY LOOK 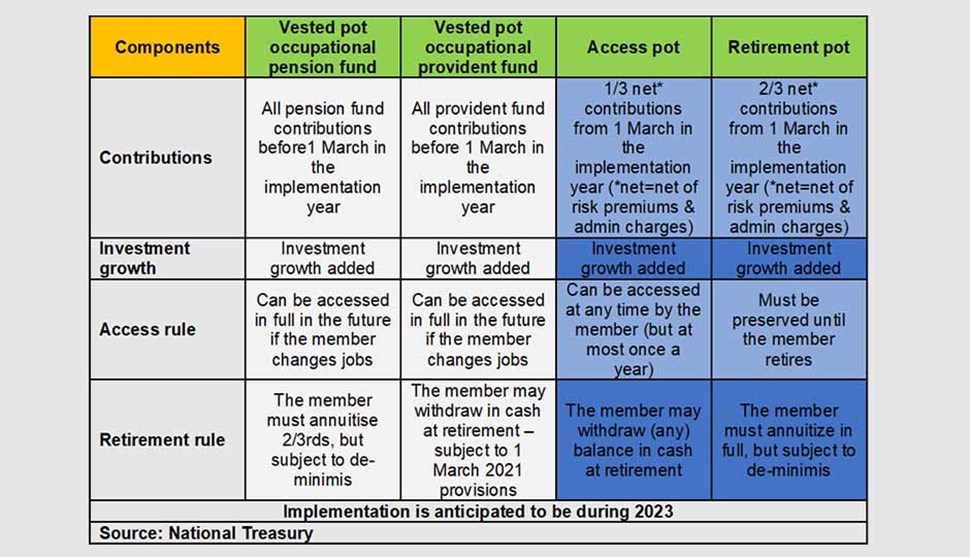 THE WAY FORWARD REGARDING THE TWO-POT RETIREMENT SYSTEM

Looking ahead there is expected to be much deliberations before the suggested two-pot system could be approved and implemented. Public comments on the National Treasury discussion paper need to be submitted by 31 January 2022. If the public is interested in contributing to this process, they may send their comments to retirement.reform@treasury.gov.za.

Stock Stories by Andrew Padoa: The ABCs of Alphabet 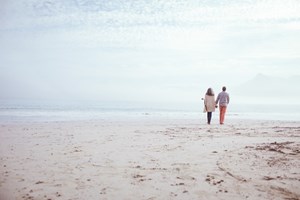 By Johan Gouws and Bongiwe Momoza

What happens to my Retirement Funds when I emigrate?