Global equity markets ended the first month of 2021 in negative territory following a volatile period of trading activity driven by retail investors from WallStreetBets who banded together to challenge the Wall Street elite.

Global equity markets ended the first month of 2021 in negative territory following a volatile period of trading activity. The MSCI All Country World Index, a broad measure of global equity markets, ended the month down 0.5% as news surrounding the state of the pandemic, the rate at which vaccines are being deployed and fiscal stimulus packages continue to drive the trajectory of markets. Adding to the volatility of markets has been the ever-increasing impact of retail investors on the market as they band together to challenge the Wall Street elite.

It was an eventful month for US equity markets. It began with Democrats winning two key election runoffs in Georgia which effectively gave the Democratic Party control of the US Senate. This would have been the main talking point of the day but instead it was overshadowed by scenes of thousands of pro-Trump supporters storming the Capitol Building in Washington. Ordinarily, one might expect markets to react quite negatively to such an event but they were quite unfazed.

Instead, the ability of the US government to control the spread of the pandemic, specifically the rate at which vaccines are being rolled out, as well fiscal stimulus plans continue to drive US markets. Newly elected US president Joe Biden is looking to add to the $900 billion stimulus package that was agreed to by US lawmakers in December. President Biden is seeking an additional $1.9 trillion which would see direct stimulus checks of $1,400 paid to eligible participants – this would be in addition to the $600 checks that have already been sent out. Despite democrats controlling both the House and Senate, he may have to comprise on this package as centrist lawmakers may not back the package in its current form. Assuming it is successfully passed into law, US fiscal spending since the start of the pandemic will reach nearly $6.0 trillion. Such a significant rise in the supply of money in such a short space of time is likely to lead to higher inflation in the future with yields on longer-dated US treasuries echoing this possibility as they edged higher during the month.

US stocks were well on course to end the month on a positive note but an event occurred that not many would have foreseen and it significantly increased the volatility in markets. The word “GameStop” is not something many would be familiar with unless you were an avid video game player in the US. GameStop is a bricks and mortar US retailer that had been struggling for a number of years as video games are increasingly downloaded online as opposed to purchasing a physical disc in a store. Those that do still purchase physical discs (and gaming consoles) have increasingly shifted to e-commerce retailers such as Amazon for the gaming requirements, much to the detriment of GameStop and its string of over 5,000 retail outlets.

GameStop happens to be a listed on the New York Stock Exchange and couple of hedge fund institutions looking to capitalise on the plight of the video game retailer held short positions in the stock. Shorting a stock is the opposite to buying a stock. When one “goes short” they essentially sell the stock and look to buy it back in the future at a lower price for which it was sold. One might wonder how someone could sell a stock if they did not buy it in the first place. Without going into the technicalities, when a participant shorts a stock, they need to borrow the stock from someone that does currently own it, normally a broker. One key difference that is worth pointing out is that this is normally done on margin. This means that the amount a participant would put into a margin account would be less than the actual value of the stock they are shorting, essentially leading to a leveraged or geared position.

Moving back the matter at hand, those hedge funds that were shorting GameStop’s stock hoping to profit as its price slid further down found themselves under siege from “Robinhood’s Merry Men”. A group of Reddit users – Reddit is a social media message board where users can post and discuss content – gathered under a subreddit called “WallStreetBets” – a chatroom or message board where stocks and options are discussed – and collectively decided that they would purchase stock as well as options in GameStop in an effort to bid up its price. Similar to how Robinhood and his Merry Men would targeted the wealthy in Sherwood Forest, these Redditors had their own terrain for laying siege to the wealthy hedge find elite namely zero-fee online brokerages with the Robinhood brokerage used as their primary source of “attack”.

In the space of a couple of days, GameStop’s share price went from $18/share to $325/share, an increase of more than 1500%! GameStop was not the only stock that traders from WallStreetBets pounced on. Other stocks that had large short positions that were targeted included AMC entertainment (an American movie theatre chain), Blackberry and Bed Bath and Beyond – all rose significantly during the month, creating tremendous volatility in the market. The combination of increased volatility, stuttering stimulus efforts and disappointing vaccine news ultimately led the S&P 500 Index to give up gains from earlier in the month and end the period down 1.1%. 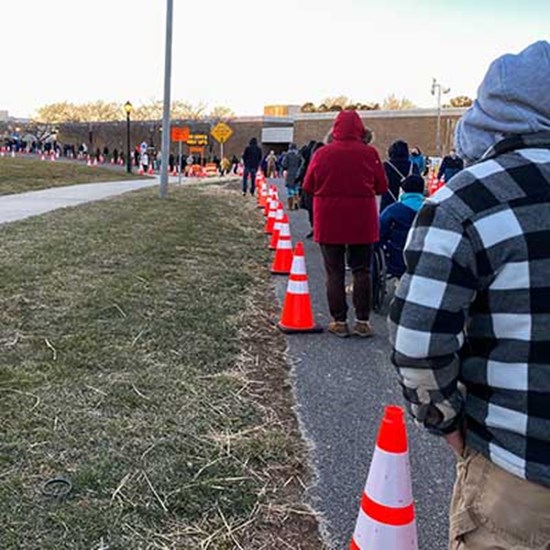 In Europe, harsher lockdowns continued to delay an economic recovery among European nations as weak economic data points weighed on European equities. European equity markets were also dragged down over concerns of vaccine shortages in Spain as well as a dispute between the European Union and AstraZeneca (a European drugmaker) which led to a delay in the rollout of the vaccine. Both the STOXX Europe 600 Index and the FTSE 100 Index, broad measures of European and UK equities respectively, ended the month down 0.8%.

Accommodative policies which include low borrowing rates and increased liquidity continue to support the equity markets in Asia. Japan’s TOPIX Index and China’s CSI 300 Index ended the month up 0.2% and 2.7% respectively, despite a spillover of volatility from US markets impacting its Asian counterparts negatively. Gains in Asian indices were also trimmed back following a decision taken by the People’s Bank of China to withdraw liquidity from its financial system over fears of a potential asset bubble developing in the region. The move flowed over to other Asian markets including Hong Kong as the Hang Seng Index lost ground, though it still ended in positive territory for the month, gaining 3.9% as Chinese investors continue to flood its stock market with cash. This a continuation of a trend that has seen mainland investors have a growing influence on Hong Kong’s stock market as China seeks to incorporate the city into its financial system. According to Credit Suisse, a multinational bank based in Switzerland, mainland investors hold over 8% of Hong Kong’s free float and account for more than 20% of its daily turnover. The Hang Seng was also boosted by the performance of its tech listings with the likes of Tencent up over 20% following the initial public offering (IPO) of Tencent-backed Kuaishou, a video-sharing and live streaming platform that competes against TikTok.

For those that were still on or rather near the beach during the first week of January, they would have missed the JSE All Share index rising 6.7% in just one week. The local index did give back some of those gains but still ended the month up 5.2%. The majority of gains during the month can be attributed to companies with strong links to China. These include Naspers which benefited from the strong performance of Tencent as well as Richemont, the luxury goods company sells a large portion of its products to the Chinese consumer. Diversified miners Anglo American and BHP Billiton were also significant contributors – the majority of their sales are made to China, the largest consumer of commodities in the world.

The price of oil continues to cautiously climb higher as it oscillates between hopes of recovering demand pinned onto the vaccines against news of harsher lockdowns. The price of Brent Crude eventually ended the month around $56 a barrel, a gain of nearly 10%. Following its lows during March last year, the price of gold has risen steadily and even briefly traded above the $2,000/ozt level. It has since fallen back slightly and in January it ended the month at $1,847/ozt, a decline of 2.4%. A recent bounce in the US dollar and a slight tick-up in US treasury yields the likely reasons for January’s decline.

LVMH is the world’s most valuable luxury goods conglomerate. 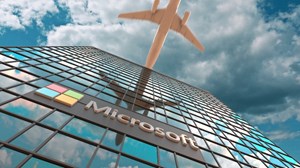 Microsoft’s cloud has more than a silver lining.