As the month of April came to a close, many investors were left scratching their heads. 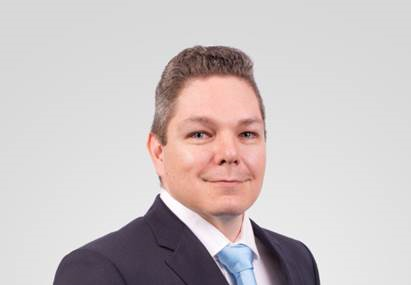 Globally, stock markets rallied - some at record rates - against a backdrop of rising unemployment, sizeable declines in GDP numbers, the likes of which have not been seen since the Great Financial Crisis (“GFC”) of 2008/9, and a collapse in corporate earnings the outlook of which is forecast to get much worse. This begs the question: Is the recent rebound in global stock markets a bear market rally, or the resumption of the long-standing bull market that will eventually recover lost ground and lead to new highs?

As the month of April came to a close, many investors were left scratching their heads. Globally, stock markets rallied - some at record rates - against a backdrop of rising unemployment, sizeable declines in GDP numbers, the likes of which have not been seen since the Great Financial Crisis (“GFC”) of 2008/9, and a collapse in corporate earnings the outlook of which is forecast to get much worse. This begs the question: Is the recent rebound in global stock markets a bear market rally, or the resumption of the long-standing bull market that will eventually recover lost ground and lead to new highs?

During the first quarter of 2020, global markets fell off a cliff, declining by over 20%. Since then, stock markets have rallied, with the MSCI AC World Index (MSCI ACWI), a broad measure of global equity market performance, rising 10.6% in April - its best performance since 2011. The US market rallied even stronger, as evidenced by the rallies in the S&P 500 Index (+12.7%) and Nasdaq Composite Index (+15.4%). Though not as pronounced as their US counterparts, European and Asian markets rallied as well, with increases in the STOXX Europe 50 Index (+4.3%), FTSE 100 Index (+4.0%) and the MSCI Asia Index (+7.5%). Closer to home, the JSE All Share Index rallied by 13.1%.

The rallies, as positive as they were, had a peculiar feel about them. Since the ramp-up of its nationwide lockdown efforts, the US has seen over 30 million jobless claims, yet the S&P 500 index has risen by 21%. What is even more peculiar about this rally is how it has unfolded. On the day that it was announced that 6.6 million jobless claims had been reported in the previous week, the S&P 500 Index jumped over 6%. Towards the end of April, the worst US GDP number (4.8% Q/Q annualised contraction) recorded since the GFC was released, but the S&P 500 Index still gained over 2% on the day.

Human nature might go some way to explain this oddity. Stocks tend to derive their prices from the expectation of future events. However, it is human nature to try match the daily news with the daily stock price. The rally in stock prices is not because of the terrible jobs and GDP numbers. Rather, the markets had already fallen in anticipation of them. As the markets have risen over the past few weeks, investors’ hopes of a recovery are increasing. Why is this the case?

Despite economic and earnings data heading in the wrong direction, positive news stories on Covid-19 continue to emerge. Social distancing appears to be having the desired effect, stirring bullish expectations as talks of reopening global economies gain steam. In Europe, we have seen a flattening of the curve in the hardest-hit countries, Italy and Spain, and the growth rate of the virus appears to be slowing in France and Germany. The US overtook Europe as the epicentre of the virus but its curve appears to be flattening and estimates for the total number of deaths that will occur in the country, although tragically large, are now beginning to fall below predicted worst-case scenarios.

Hopes of a recovery have also been boosted on positive news around potential vaccines and treatments. Gilead Sciences’ drug, Remdesivir, has shown some positive early signs when treating Covid-19 patients. Johnson and Johnson disclosed progress it has made on a vaccine to prevent Covid-19 and that the product could be ready in early 2021.

An additional factor which may be spurring the market rally, or at least preventing the market from falling lower, are the stimulus measures made by central banks and governments. The size and speed of central bank and fiscal support globally has been unprecedented - surpassing even that of the GFC. On the monetary side, to support price stability and liquidity, interest rates have been cut to zero, and massive quantitative easing programmes have been put in place. To increase the availability of funds, banks have had their reserve and capital requirements relaxed. Backing up the monetary support has been the significant fiscal stimulus and support programmes introduced by governments.

While stock markets, specifically US markets, have rallied strongly, the recovery has not been broad-based. Apple, Alphabet, Amazon, Facebook and Microsoft now account for over 20 percent of the S&P 500 Index, exceeding the 18 percent level seen during the dot-com bubble. Their combined value has risen by nearly $1 trillion since the recent market low. The big-tech firms were the market leaders prior to the pandemic and the fact that their business models are capable of prospering in a “work-from-home” environment means that they are also the most resilient companies in a lockdown scenario. In addition to their size, these companies are sitting on large piles of cash, while other companies are watching their cash resources evaporate and are standing in the queue to draw-down on their facilities from their bankers.

Struggling companies are finding it more difficult to raise cash. In an environment of low interest rates, their higher-rated counterparts can raise debt cheaply. Unfortunately, straight debt is significantly more expensive for companies with junk-bond status. These companies have therefore been forced to look to equity markets to raise cash but the thought of issuing equity after their share prices have collapsed is not a path they would want to go down. This has resulted in the initial public offering (IPO) market drying up. As an alternative these struggling companies are having to raise cash in a way that has not been as widely used since the GFC: issuing bonds that can be converted into equity. Close to 60%, or more than $12.5bn, of all money raised in equity markets during April was in the form of convertible bonds. Companies in industries suffering severe consequences of the pandemic such as cruise-liner companies, travel companies and brick-and-mortar retailers, have all sat down at the convertible bond table.

Looking ahead, investors are likely to remain skittish. Global markets may continue to rally but the underlying structure of markets remains vulnerable. News items, seemingly irrelevant, may cause large and sudden price movements. The difficulty in forecasting the ultimate path of the virus will add to investor’s uncertainty. There is the very real possibility that as the threat of the virus appears to be abating, it resurfaces in waves, similar to what has been seen in Japan, Singapore, South Korea and China. Investors may look to China as a potential blueprint for what might lie in store for other countries looking to reopen their economies. Economic activity in China has begun to recover as the country appears to have moved past the worst of the pandemic. However, following its reopening, China is experiencing a lack of demand from domestic and foreign customers which is slowing its revival. China is finding that restarting businesses is more straightforward than restarting aggregate demand. Workers may return to their jobs, but fear of a new outbreak will continue to supress demand at unprecedentedly-low levels.

Ultimately, a widespread economic revival is unlikely until a vaccine and widespread testing become available. Re-establishing supply chains will be a slow process and we may even see countries turning inward. Those whose supply chains depend on China may re-examine their approach to trade, adopting a self-dependent or more nationalistic stance in terms of manufacturing.

The conclusion is that over the short-to-medium term, stock markets are likely to be caught in a tug-of-war between good news — related to the flattening of the curve, reopening of economies and potential cures for the virus — versus bad news pertaining to economic data, which is likely to continue for some time.