The year 2021 has been an interesting one for the commodities markets, and rising commodity prices have presented new risks and opportunities globally.

The year 2021 has been an interesting one for the commodities markets. In the first half of the year, we saw an across-board commodity boom which was caused by an upbeat investor sentiment. Following the global economic damage caused by the COVID-19 outbreak, the major developed countries committed to various stimulus packages to address the impacts of the ongoing pandemic in order to boost economic activity. Under some of these fiscal support policies were infrastructure spending bills as well as relief packages for households and businesses, which all bore direct and positive implications for commodities. In the first half of the year, Bloomberg’s general commodity price index gained over 20%, with industrial metals, agricultural goods and energy prices all gaining between 17% and 44%. While this may be great for a commodity investor, there are also risks that may emerge from rising commodity prices.

In the South African context, booming commodity prices have given the country’s fiscus a significant boost this year. Data from the South African Revenue Service (SARS) showed that South Africa’s exports for the period 1 January to 30 June 2021 grew by 51.0% to R895.7 billion from R593.3 billion over the same period in 2020. Imports over the same comparable period grew by 19.3% to R640.16 billion. This brought the country’s cumulative trade balance surplus to R255.56 billion. A number which was almost five times the cumulative trade surplus recorded in the first half of 2020. The primary drivers were the exports of precious metals and stones as well as base metals attributable to a soaring commodity demand and economic recovery.  One could argue that commodities were the ‘bail out’ for the South African economy this year, providing it room to withstand the fiscal squeeze that was caused by the pandemic. However, the cyclical nature of the commodities sector means that no commodity boom lasts forever. The new pandemic world has come with several challenges which have made the reopening story tougher than what the market may have anticipated. For a country that continues to struggle with structural economic reforms, South Africa’s fiscus is in a vulnerable position should the inevitable commodity bust follow sooner than expected.

Commodities are not only cyclical, but also barely move in the same direction at the same time. The worries caused by the COVID-19 outbreak in 2020 inspired a shift out of GDP-linked commodities such as oil, iron ore and copper into ‘safe haven’ commodities like gold and silver. With the big pharmaceutical companies announcing successful vaccine trials towards the end of 2020, an upbeat investor sentiment sparked, resulting in a recovery in the commodities associated with an economic recovery and out of the safe havens. This continued into 2021 and consequently, oil prices have rallied this year while precious metal prices have retracted into negative territory. There have been various factors at play in this shift, some being interconnected. For example, the supply chain disruptions caused by the pandemic have affected several sectors. The technology sector has suffered from chip shortages this year, causing big tech companies such as Apple to pull back on production targets. These chip shortages have had indirect impacts on the platinum group metals (PGM) sector. PGMs are primarily used in the manufacturing of internal combustion engines (ICEs). Due to the chip shortages, automotive producers have also had to cut back on annual production targets, resulting in a plunge in the prices of platinum, palladium and rhodium.

The nature of rising commodity prices unfortunately co-exists with rising inflationary pressures. Evidently, as we crossed the half-year mark, elevated commodity prices put the market on alert, creating worries about rising prices and high inflation. Albeit indirect, commodity prices do have an impact on consumer inflation. How do rising commodity prices affect the prices of final consumer goods? Well, as an example, I mentioned earlier that this year has seen a rally in oil prices. The price of Brent crude oil has risen from $50/bl at the start of the year to over $80/bl currently. The Automobile Association (AA) announced to South African consumers that the petrol price would increase by R1.21 to R19.54 for a litre as of 1 November 2021, attributable to the rally in oil prices. Not only do high fuel prices have a direct bearing on consumers, but also raise companies’ production costs, which ultimately raises the prices of the finished goods and services for consumers.

Another example of this has been the resurgence of natural gas and coal prices in the third quarter of 2021. The reasons for higher natural gas prices varied, among them being earthquakes in the Netherlands, China’s aggressive move to control air pollution and Russia’s power politics with Europe. All these factors resulted in a shortage of natural gas supply at a time when both the European and Asian regions were moving into colder weather, which ultimately meant there would be increased demand for energy commodities such as natural gas and thermal coal. The transition to a cleaner environment has been aggressive both in China and Europe. Europe’s first move to be a global leader on climate change, pushed the fast-growing economies of Asia to move away from coal, only to find that China and India would now be rivals for the same seaborne natural gas supplies that Europe has come to rely on. As a result, there was an increase in the demand for thermal coal to compensate for the constrained liquefied natural gas (LNG) supply to these regions. The co-occurrence of this taking place at a time when China was experiencing domestic coal shortages not only pushed natural gas prices higher, but also thermal coal prices. A classic example of “when it rains, it pours”! Unfortunately, what this has meant for consumers in both regions is that they need to pay more to keep their households warm through the winter season. 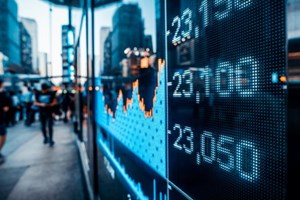 "We invest in what we believe are the 20 to 30 best companies in the world, in a concentrated portfolio that remains under constant scrutiny,” Andrew Padoa explains.