The streaming industry has been a key beneficiary of the coronavirus outbreak and we remain very positive on the investment theme over the long term.

The world is streaming more than ever as people remain indoors. Several companies provided updates recently.

Roku, a company which sells ads on its platform and its own streaming channel, along with its devices that help consumers stream to their TVs, recently announced that it added nearly 3 million new accounts in the first quarter. Streaming hours for the period was 13.2 billion - up 49% from last year.

YouTube has experienced a significant traffic surge amid the coronavirus outbreak. In recent weeks, news viewership on YouTube has soared 75% as people turn to the video site for updates on the coronavirus. YouTube now reaches more than two billion viewers a month.

HBO’s parent company, WarnerMedia, said that the number of people watching series has increased 65% and movie watching is up 70% on its streaming platform, HBO Now.

In contrast, the film industry is bracing for its worst year since 1997 as cinemas across the globe remain closed. According to Wedbush, US box office earnings will be around $6.7 billion this year, down from more than $11 billion in each of the past five years.

The bottom line: The streaming industry has been a key beneficiary of the coronavirus outbreak. Millions of people are cancelling their pay-TV services (“cord-cutting”) and getting their home entertainment through over-the-top (OTT) streaming platforms such a Netflix, Apple TV+, Disney+, Hulu and Amazon Prime. It is forecast that the global OTT video market will double in size to $73 billion between 2019 and 2023. We therefore remain very positive on the investment theme over the long term. 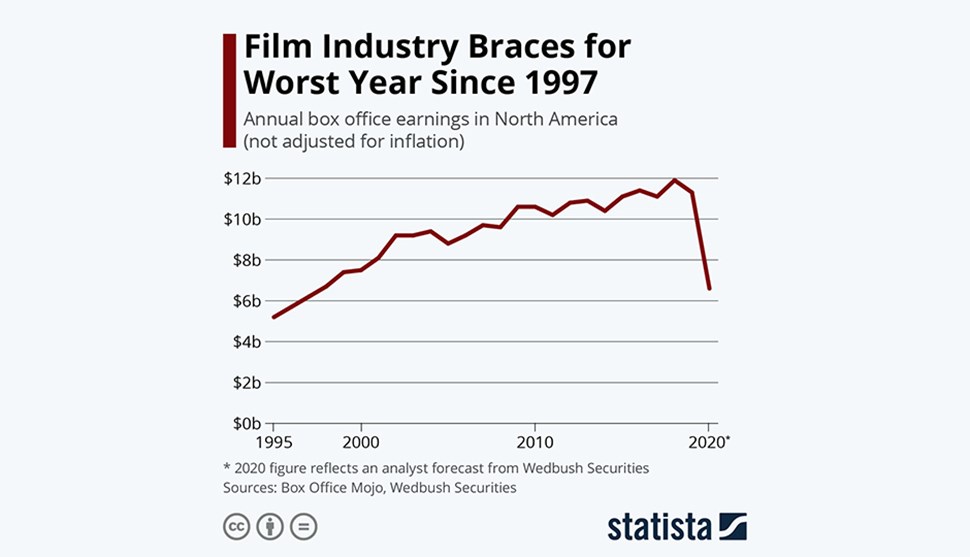