Appointments bolster an already experienced, diverse and cohesive Board

Earlier this month, Sasfin announced the appointment to its Board of two new Directors; Deon de Kock and Nontobeko Ndhlazi, both of whom will serve on the Sasfin Holdings Limited Board, as well as on that of its wholly owned subsidiary, Sasfin Bank Limited.

Nontobeko holds a BCom and a Post Graduate Diploma, both from the University of KwaZulu-Natal. She has held the position of Group Chief Financial Officer of Wiphold Limited since 2011. Prior to joining Wiphold Limited, she was a director in Deloitte’s financial management consulting division

Deon recently retired from his position as Chair of Mercantile Bank having been a board member since 2000. He has completed the Stanford Executive Programme (Stanford University in California) and held several executive management roles during his career including that of CEO of Woolworths Financial Services and as an Executive Director of Woolworths Holdings.

According to Sasfin Group CEO Michael Sassoon, the appointments bolster an already experienced, diverse and cohesive Board and the specialist skills that both Directors bring will add considerable value to the Group:

“The Board plays an active role in setting Group’s strong ethical culture and plays an important oversight role together with Management in terms of ensuring adherence to the highest standards of governance and ethics. In addition, the Board is closely involved in implementation of strategy and we look forward to Nonto and Deon’s contributions in this regard,” says Michael. “Nonto brings significant expertise in the areas of financial reporting, risk management and strategy, and balanced by Deon’s banking and broad financial services experience, both of which will complement the wide-ranging skillset of our current Board,” he adds. 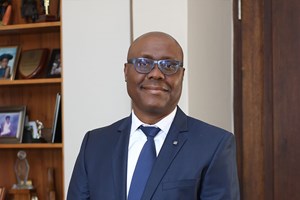 Sasfin has announced that Sandile Shabalala will join them as Chief Executive of Business and Commercial Banking.

Credit quality improvements and a jump in headline earnings for Sasfin