Following Arsenal is a family obsession that started with my father, Archie in 1927 and has been passed on to his four sons, eight grandsons, and eleven great-grandsons. 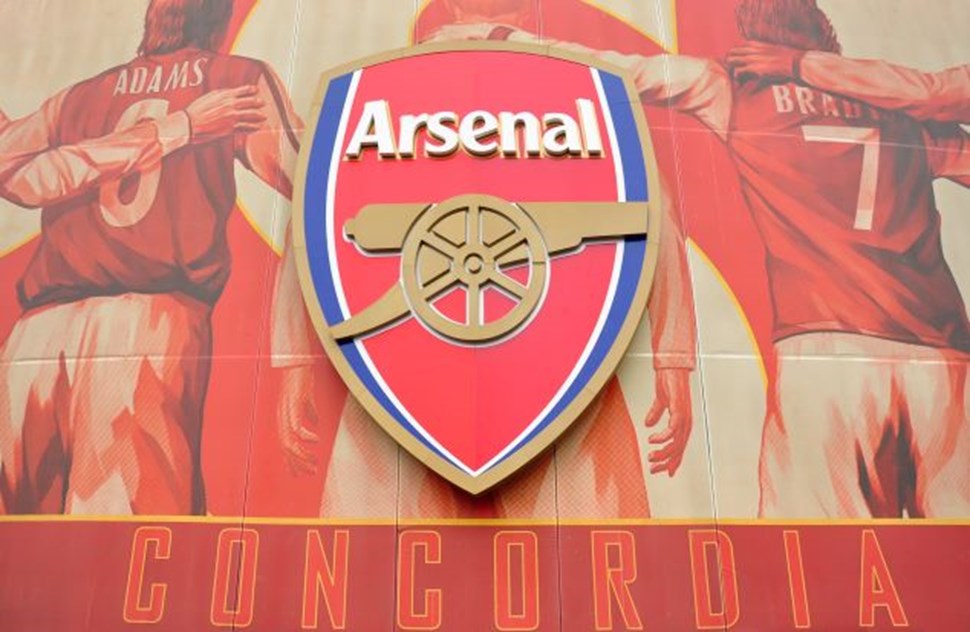 Recently, my grandson, Gideon, who lives in Boston, produced a warm, touching, and comical video for a school project, illuminating how our family’s loyal support of an English Premier League football club had brought him a lot closer to his grandfather, uncles, and cousins scattered around the world. It also had connected him with his great-grandfather, who passed away in 2000, seven years before he was born.

Following Arsenal is a family obsession that started with my father, Archie in 1927 and has been passed on to his four sons, eight grandsons, and eleven great-grandsons. It was only on my father’s death that we learnt of the source of his support. Among his papers were neatly kept articles, letters, and photographs that he had accumulated as a young boy growing up in Turffontein. One particular article, dated 1927, was from a weekly boy’s magazine called The Magnet, which featured “an interesting and informative article about Arsenal, runners-up in last season’s FA Cup Competition”. While supporting Arsenal we have had more bleak seasons than cheerful ones, we’re still grateful that my dad did not choose Middlesborough, the team that was showcased in The Magnet the following week.

Although our front lawn in Mowbray Road, Greenside was nicknamed “Highbury” it would be years before any of us managed to visit the hallowed ground in Islington. Still, in the 1960s English teams made regular visits to South Africa. In 1961, double-winners, Tottenham Hotspurs arrived, followed by Bolton Wanderers and Preston North End to name a few. Arsenal, managed by former England captain, Billy Wright, came to our shores in 1964 to play five friendlies, all of which they won.

To see my heroes, winger Georgie Armstrong and centre forward Joe Baker was a dream come true, marred only by one small incident. In those days, replica kits were not commercially available. On a business trip to London, though, my dad had managed to buy a junior-sized Arsenal jersey, with its famous red vest and white sleeves, which I claimed. But fate intervened. When my mother washed the garment ahead of the game, the colours ran leaving the sleeves a bright pink, and me a tantrum purple.

Without question, the family’s greatest Arsenal moment was 26 May 1989, the final game of the 1988-89 season and a title decider between Liverpool and Arsenal. Arsenal had to beat Liverpool by two goals to tie both on points and goal difference, but by virtue of having scored more goals the title would go to Arsenal. With the game at Anfield, an impenetrable fortress, our expectations were low.

Arsenal went ahead through a goal by Alan Smith, but when the cameras turned to Liverpool’s Steve McMahon signalling that there was only a minute to play, all hope was lost. But Arsenal’s “Roy of the Rovers” moment came. In the dying seconds, Michael Thomas broke away and, with only goalkeeper Bruce Grobbelaar to beat, slid the ball into the back of the net.

Pandemonium. Throughout the night, the phone calls kept coming from family and friends from all over the world. To this day, when I watch a replay of the game, I am still nervous that Arsenal’s Thomas will fluff his shot.

There are other replays that we never watch. Like sixteen-year-old Wayne Rooney’s stunning goal from outside the area, in a league game in October 2002 that gave Everton a 2-1 victory over a rampant Arsenal side. Nor Ryan Giggs’ classic goal in the 1999 semi-final replay against Manchester United. Described as the best goal in FA Cup history, Giggs weaved past the entire Arsenal defence to smash the ball over goalkeeper David Seaman’s head and book Manchester United’s place in the final. Nor do we ever mention the name of former Tottenham Hotspur player Nayim, whose shot from the half-way line beat a back-peddling David Seaman to seal victory for Real Zaragoza over Arsenal in the 1995 European Cup-Winner’s Cup Final.

Yet, none of these heartbreaks were quite a cruel as Paul Gascoigne’s 35-yard thunderbolt-free-kick in the 1991 FA Cup semi-final between Tottenham Hotspurs and Arsenal, that left the gunners shell-shocked within the opening few minutes of the game. Before kick-off, my dad had promised to take my 11-year-old son, Jonathan to Wembley if Arsenal reached the final. Within 10 minutes, we were 2-0 down, but not nearly as down as Jonathan, whose fantasy of travelling to London had disappeared in a puff of smoke.

After seven years of despair, when Arsenal reached the FA Cup final in 1998, an opportunity arose to honour my dad’s promise and ease Jonathan’s pain. Jonathan, Graham, and I made it to Wembley and watched Arsenal beat Newcastle 2-0, not only clinching the FA Cup, but completing the double as well.

One would have thought that after all those years we would have learnt to control our emotions, but when Arsenal reached the FA semi-final in 2017, I made a promise to my grandson, Gideon that if the Gunners played in the final, we would all meet in London to attend the game.

There was only one big obstacle. Arsenal had drawn the mighty Manchester City in the semi-final. My daughter Karen - Gideon’s mother - was beside herself, conscious of her brother’s anguish 26 years earlier. When Arsenal went one down, I turned to prayer. They managed to equalise late in the second half, and, thankfully, scrambled a winner in extra time.

The final was a joyous occasion (Arsenal beat Chelsea 2-1) and acknowledged what Gideon had portrayed so poignantly in his school project. Following a football team that my father had randomly selected ninety years ago had drawn our family together and given us a reason to make memories that we would talk about for years to come.

Week-in and week-out Arsenal’s performance is still the subject of discussion among family members on three continents. Sadly, missing from these conversations are my dad and brother Ian, who are no longer with us. But not to be forgotten, I have donated an Arsenal season ticket in their memory. I couldn’t think of a better way to honour them.

The momentum is just getting started, says Erol Zeki

Erol Zeki has been in the financial industry for over two decades and shares the changes he’s seen, the women making moves and why diversity matters.