Green hydrogen has no carbon emissions, making it the cleanest type of hydrogen.

The Paris Climate Accord which set out to achieve net-zero carbon emissions by 2050, has accelerated the progress towards meeting emissions targets, with various government regulations and incentives created to facilitate its adoption. In this regard, there has been an increased global shift towards clean energy and a reduction of the use of fossil fuels.

Hydrogen has been tipped as a key driver to achieving zero carbon emissions. Grey, blue and green hydrogen are the three main types of hydrogen. Grey hydrogen is produced from fossil fuels and releases carbon dioxide into the air. Blue hydrogen is produced in a similar process as grey hydrogen, however it captures and stores carbon dioxide. Green hydrogen has no carbon emissions and water is its only by-product, making it the cleanest type of hydrogen.

Green hydrogen is created through the process of electrolysis which splits water into components of hydrogen and oxygen using renewable sources of electricity such as solar and wind energy. The hydrogen produced is then stored in a fuel cell which can be converted to electricity.

In recent times, there has been an increase in the adoption of hydrogen fuel cell technology to power electric vehicles, as hydrogen fuel cells have a quicker charging time than battery-powered electric vehicles. The transportation sector has been a key driver of the growth in the fuel cell technology industry with current applications extending to warehouse logistics, long-haul trucks and busses. Companies that have employed the use of this technology include Toyota, Nikola Motor Company and Hyundai.

Electrolysers are an essential tool to enable the process of electrolysis and are a catalyst to produce green hydrogen. An electrolyser is a device which splits water into hydrogen and oxygen using electrical energy. European companies are at the forefront of the manufacture of electrolysers, as we have seen with the likes of Nel ASA in Norway and UK-based ITM Power Plc, who have captured a significant portion of the global electrolyser market. These companies not only produce electrolysers but also specialise in the storage and distribution of hydrogen. The aspects that have enabled these pure play hydrogen companies to lead in the renewable energy space lie in their advanced manufacturing capacities, know-how and strong partnerships.

At the end of 2020, ITM Power entered into an agreement with two of Europe’s leading energy infrastructure operators, Snam and Linde-Gas to collaborate in large-scale green hydrogen projects across Europe. In May 2021, Nel ASA entered into a partnership with First Solar, a leading US solar technology company, to establish integrated photo-voltaic hydrogen power plants.

Both Nel ASA and ITM Power are focused on expansion and have reported significant increases in order backlogs over the last 12 months, mainly stemming from industrial companies. These purchase commitments are a positive indicator of the fast-tracked demand for hydrogen fuel cell technology.

A challenge of generating green hydrogen is that it is expensive to produce and store. This can be overcome through continued investment support and increased demand for electrolysers in commercial industry. We can expect infrastructure costs to be driven down in the coming years, in the same manner as solar energy during its early developmental stages.

New technologies introduced will not only reshape the industry but can also lead to job creation that will drive advanced skills development.

The journey to reach zero carbon emissions will be one of considerable length. Factors that are currently contributing to accelerating the adoption of clean energy include the continuing decline in renewable energy costs, increasing demand from both consumers and industry, improving energy efficiency, technological innovation, and well-informed policy across the world. It has become evident that the vision of a sustainable energy future is within close reach and green hydrogen, amongst other sources of renewable energy, will play an important role in this transition. 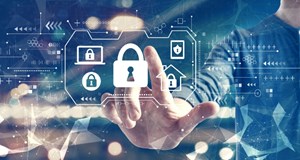 Due to the COVID-19 pandemic, lockdowns around the world have resulted in an increased reliance on remote working and digital platforms.

Social media impersonation can affect you