In this piece we look at how global chemicals and energy company, Sasol, delivered its strong financial results for 2022.

Global chemicals and energy company Sasol flagged in a trading statement released early in August that its profit for the year to end June 2022 would be substantially higher than the previous financial year. It came as no surprise that the company has enjoyed buoyant oil prices which have rallied about 70% since the beginning of December 2021.

Sasol recorded a 48% y/y increase in EBITDA (earnings before interest, tax, depreciation & amortization) to R71.8 billion. Its EBIT (earnings before interest & tax) increased in excess of 100% from R16.6 billion in the prior year to R61.4 billion. The improved profitability was owing to an average realised Brent crude oil price of $92/bbl compared to $54/bbl realised in FY21, marking a 70% y/y increase. In rand terms, the average realised Brent price was R1 400/bbl compared around R830/bbl, up 68% y/y. This helped improve the company’s refining margin per barrel from a little over $3 to around $15. The average rand to dollar exchange rate realised by the company was stable, strengthening marginally from 15.40 in the previous year to 15.21 in the reporting period, albeit the closing exchange rate weakened from 14.28 rand/dollar to 16.28. The group’s chemical average basket price improved by 39%.

The elevated energy prices helped improved Sasol’s core HEPS (headline earnings per share) to R68.54, beating the R56/share that was expected by consensus. The big surprise to the market was the reinstatement of the dividend with the company declaring a DPS (dividend per share) of R14.70. Total debt was only reduced by $700 million from $7.2 billion to $6.5 billion, but the net debt to EBITDA ration was reported to be 0.8x on 30 June 2020, far below the 3x threshold the company had previously agreed on with its lenders. 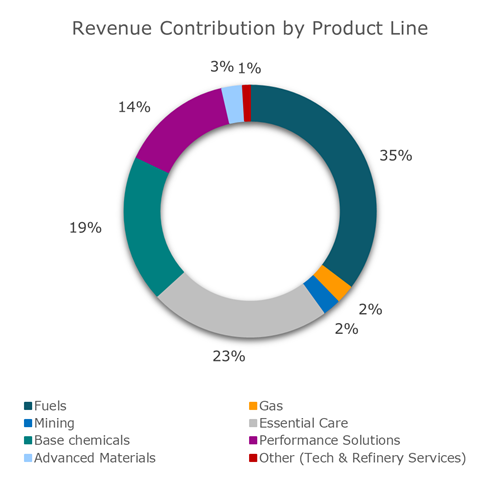 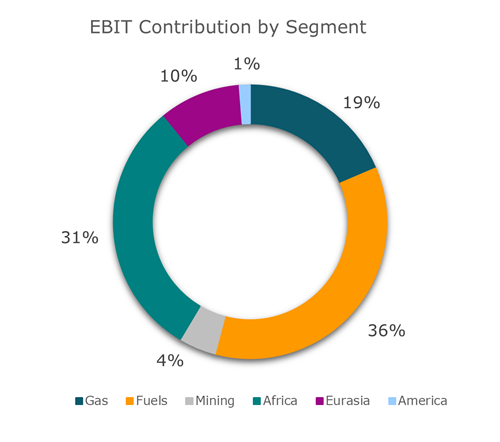 Brent crude oil and chemical prices have remained elevated, having both positive and negative impacts on Sasol. In its outlook statement, the company cautioned that it remains concerned about the high inflationary environment and global recession fears that could negatively impact transportation and feedstock costs in Europe and the US. Its primary focus is to further deleverage its balance sheet and manage the company’s financial risk.