On a monthly basis Sasfin’s strategist provides commentary on selected international and domestic themes that we consider in our investment decision-making process. This month’s themes are as follows:

Third global Covid-19 upsurge: The current third upsurge which began in October is well above the previous two waves in 2020. The US, UK and Europe and among the worst affected by the third upsurge. While the US has a patchwork of Covid-19 mitigation policies, the UK, France and Germany have locked down their economies. The highly diverse infection profiles across countries and their response has meant a much slower than expected recovery in global economic growth, with 2020/2021 growth rates likely to be revised lower and fiscal austerity unlikely to be considered by governments, despite higher debt levels.

The quarantine measures employed through 2020 around the world have triggered structural changes to most economies, dramatically transforming how people live, work and engage. This has increased the value of communication and accelerated the shift to digital platforms for work, education, financial services, and retail. These changes have also fundamentally altered the demand for commercial property, especially in the office and retail sectors.

Sinking under the new Covid-19 wave: Trends of stronger global oil demand and low global oil inventories reversed in October with prices responding to the worsening outlook for global growth and mobility as the coronavirus pandemic resurges around the world.

Despite global supply being constrained in 2020 due to the production cut by 1) the OPEC plus alliance; 2) the US; and 3) maintenance and extreme weather, oil prices look likely to remain below $40 per barrel while the advanced economy lockdowns continue.

Challenging Medium Term Budget: National Treasury presented its Medium-Term Budget (MTB) at the end of October 2020. Its real GDP growth and headline forecasts were revised down for 2020 with weak growth slowing to 1.5% in FY2023, resulting in exceptionally low compound growth budgeted for personal and company tax revenues over the medium-term horizon. This, together with demanding proposed expenditure cuts (largely public sector remuneration) suggests that the SA budget deficit will exceed 15% of GDP in FY2021, thereby necessitating a further increase in debt. Consolidated gross loan debt is expected to rise from R3.3 trillion or 63.3% of GDP in FY2020 to R5.5 trillion or 92.9% of GDP in FY2024.

To make matters worse, there is significant upside risk to this alarming projected increase in government debt from a number of factors, namely 1) the considerable political and social risks associated with the projected cuts in public sector remuneration; 2) the possibility of a second wave in the Covid-19 infection rate which would worsen the current budget outlook; and 3) continued operational and financial dysfunction at the State-owned companies (SoCs) requiring bailouts.

Government’s debt levels are soaring, its ability to further increase taxes on the private sector without obstructing economic growth is limited, and the projected economic growth is low. Structural reforms, which were barely mentioned in the MTB, have now become critical to prevent runaway government debt to GDP ratios.

The bottom line is that with ongoing operational under-performance of its generation fleet due to legacy under maintenance and new project overruns, minimal cost improvements and gross debt of R483.7bn (net debt to equity ratio was 349%), Eskom is still not close to being self-funding and the supply of electricity remains compromised with likely erratic load shedding until at least the end of 2021.

A notable feature of the announcement is that Eskom has successfully pursued legal steps to recoup tariff under recoveries from prior years’ tariff determinations by the National Energy Regulator of South Africa (NERSA). This will mean annual tariff increases well above 10% for the next four years, at least. 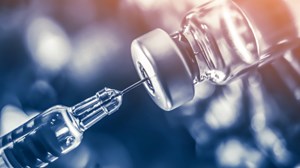 In this article we look at the highlights from last week including the progress made with a potential vaccine for Covid-19, the ease of lockdown restrictions post President Ramaphosa's speech and the increase in unemployment in South Africa.

Be the fire and wish for the wind