Paul believes passionately that economics is something everyone can and should understand. "It is my job to help people realise what they probably already know–by developing and explaining the UBS economic view in a clear way.”

Paul joined UBS Wealth Management in August 2016 and is the Global Chief Economist. He is a member of the Global Investment Committee, a UBS Opinion Leader, a sponsor of UBS Speak Up and a UBS Pride Ally. Paul is responsible for developing and presenting the UBS economic outlook, marketing the UBS view on economics, policy and politics around the world. He regularly appears in the print and broadcast media. Paul started at UBS Investment Bank as an intern in 1992 and was Global Economist. Paul has an MA in Philosophy, Politics and Economics from Oxford University.

He is an Honorary Fellow of St Anne's College, Oxford, sitting on its investment committee, and is a member of the Vice-Chancellor's Circle of Oxford. He holds an MSc in Financial Economics from the University of London.

Paul is also a co-founder of the Peter Culverhouse Memorial Trust (a cancer research and patient care charity). He is an amateur heavyweight boxer and keen skier. Paul co-authored 'From Red to Green? How the financial credit crunch could bankrupt the environment' with Julie Hudson, published in August 2011. 'Food Policy and the Environmental Credit Crunch: From Soup to Nuts', also co-authored with Julie, was published in September 2013. Paul contributed to 'How the world really works: the economy', a children's guide to economics published in May 2014. His book "The Truth About Inflation" was published in April 2015. 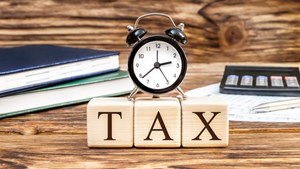 Are the proceeds of my life policy taxable on my death?