While October has notoriously seen devastating changes in the past, this year has seen Global Equity Markets gain almost 5%.

October is generally a feared month. Not only because neighbourhoods across the globe are crawling with kids extorting Halloween candy in ill-fitting disguises, but also because the ghoulish month has witnessed some of the world’s scariest market crashes...think the 1929 Crash, Black Monday in 1987 and the Great Financial Crisis in 2008. Well, this year October handed out candied returns, despite ongoing concerns about Covid-19, Fed policy, inflation, global shipping delays, shortages and waning global growth momentum. Global equity markets rebounded from the September pullback. The MSCI All Country World Index, a broad measure of global equity markets gained almost 5%.

A key economic feature of the month was the latest edition of the International Monetary Fund’s (IMF) World Economic Outlook. In the October update the global economic growth projection for 2021 was trimmed by 0.1 percentage points to 5.9% in 2021 due to supply disruptions, but the anticipated transitory nature of supply hiccups is reflected in the unchanged 2022 growth forecast of 4.9%.

Notably, the IMF’s US economic growth rate forecast for 2021 was slashed by a full percentage point to 5.2%, but that did not phase the market as better-than-expected corporate earnings drove the S&P 500 Index, a broad measure of US equity markets, 6.9% higher to a new all-time high.

The U.S. 10-year Treasury yield approached its highest level in five months before moderating, but still above the key 1.50% – high yields typically hard equity valuations. However, despite this spike real yields remain negative and together with the near fully restarted economy, will continue to support risk assets.

European markets also reversed their September losses, and then some. France’s CAC40 index rose 4.8% and the German Dax Index managed a 2.8% advance in October. Markets ended the month near record highs with a flurry of positive statements. In a statement the European Central bank (ECB) reaffirmed its dovish stance, insisting that inflation, while higher for longer than anticipated, is temporary. Euro zone inflation hit a new 13-year high in October, with headline inflation topping 4.0% for this month, according to preliminary data from Europe’s statistics office Eurostat. The ECB, who has previously said it would only start to increase interest rates from their record lows when inflation remains at 2% for the medium term, foresees inflation at 2.2% in 2021, 1.7% in 2022 and 1.5% in 2023 — thus below its 2% target.

Eurozone third‑quarter GDP data announced late in October beat expectations and coming in at 2.2% quarter‑on‑quarter as overall conditions picked up further after the easing of restrictions that began in the second quarter.

Chinese technology stocks also rebounded as more broker and investment houses turn positive that at least a temporary peak has been reached in terms of Chinese regulatory risks. The Nasdaq Golden Dragon Index, whose weighting is significantly tilted towards technology and includes only US-listed companies, recorded a 2.1% gain in October, chipping away on the almost 15% decline seen last quarter.

In contrast, the onshore Shanghai Composite Index, which is also more diversified than its counterpart, managed only a 0.2% gain as China’s National Bureau of Statistics reported that the country’s third‑quarter GDP slowed down to 4.9% compared to the same quarter a year ago, dragged down by a housing slump and electricity shortages. In the midst of the worsening debt crisis at China’s second-largest property developer by sales, China Evergrande Group, authorities have taken steps to reduce financial risks by slowing the pace of lending to the real estate sector, which accounts for up to 25% of GDP once related industries are added. However, markets were placated by the NBS’s statement that even though the economic recovery “is still not solid” and remains unbalanced, China will ensure it can achieve its annual targets. In its October update, the IMF adjusted its economic growth forecast for China by 0.1 percentage points in 2021 and 2022 to 8% and 5.6%, respectively.

Following two consecutive months of trading in negative territory, the JSE All Share Index (ALSI) finally crept back into the positive in October, ending the month up almost 6%. It was a good month for precious metal prices, especially Platinum Group Metals (PGMs) which posted decent recoveries. The price of platinum started the month off around $970/oz and closed over $1 000/oz. Palladium and rhodium prices were up 5% and 3%, respectively. The gold price also recovered, closing the month up 1.6%. Consequently, the top 20 biggest moves in the ALSI were dominated by PGM and gold mining companies, the biggest being Royal Bafokeng Platinum (RBP) which rose over 46% in the month of October. The company, alongside Impala Platinum issued a joint cautionary announcement advising that they are in discussions relating to a non-binding indicative proposal from Impala to acquire 100% of the issued ordinary shares of RBP. Shares of RBP rose 21% on the day of the announcement. Northam, AngloGold Ashanti, Harmony, Gold Fields and Sibanye-Stillwater all ended the month up between 16% and 31%. Other top moves came from some of the ALSI’s heavy weights with Richemont and Prosus closing the month up over 19% and 14%, respectively. Anheuser-Bush InBev reported market-beating results for its Q3 in the last week of October, resulting in a positive share price reaction of 13.6% on the day of release of the results. Its share price closed up almost 11% for the month. African Rainbow Capital Investments, which has been seeing a lot of trading activity lately, ended the month up nearly 31%.

Among the month’s top decliners were Steinhoff, FirstRand and Aspen. Aspen concluded its agreement with Acino Pharma for Acino to acquire product portfolio of six products for approximately R1.8 billion. Its shares ended the month down 10%. Sasol also ended the month in negative territory, albeit the price of Brent crude oil was up 8% in October, ending the month at $84/bl.  The rand weakened by 1% over the month to close at R15.20 against the USD.

On the ‘darker side’ of things, October was a month of frequent power outages as South Africa went into Stage 2 load shedding and later, Stage 4 due to Medupi, Kusile and Matla power stations all tripping over a 24-hour period. The rolling blackouts have been a drag on the country’s economic growth, adding to the pressures on business sentiment. This came after the SACCI (South African Chamber of Commerce Index) reading was released earlier in the month, pointing to yet another decline from 91.9 points in August to 91 points in September. Additionally, the NAAMSA (National Association of Automobile Manufacturers of South Africa) vehicle sales data for September was released which showed a decline in monthly vehicle exports due to the knock-on effects of the July riots combined with semiconductor shortages and plant closures. The new Finance Minister, Enoch Godongwana spoke out strongly earlier in the month about the urgency for big structural reforms to boost economic growth. At the top of his “to-do list” were reforming the country’s electric supply, addressing spectrum issues, and improving logistics infrastructure and capacity at ports. The minister acknowledged that South Africa has become increasingly unattractive to investors, stating the need to remove the regulatory burden that comes with investing in the country. Now… we wait for the delivery.

On a monthly basis Sasfin’s strategist identifies themes that we consider in our investment decision making process. China’s slowing economic growth amidst an energy crunch was a key theme that we considered this month. 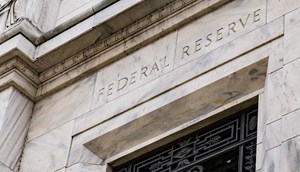