Over the past few weeks, South African mining companies have been releasing production updates as well as earnings reports. This reading seeks to provide a summary of Anglo American and Glencore’s results for the first half of their current financial years (1H22). 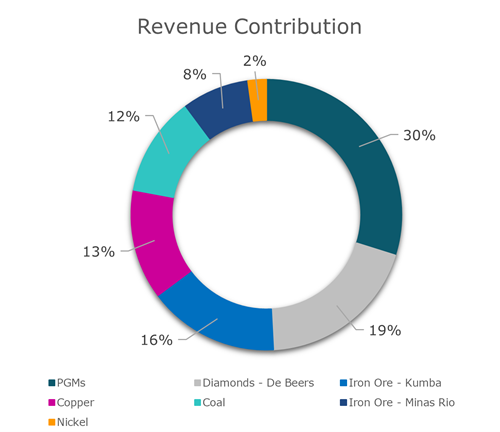 Though broadly weaker than the first half of 2021 (1H21), Anglo American reported market-beating numbers. Its revenue fell 17% to $18.1bn versus a year ago. While adjusting from the challenges posed by COVID-19, the company was faced with supply-chain disruptions, extreme weather conditions in some of its operational regions and market volatility caused by geopolitics.

It recorded an EBITDA (earnings before interest, tax, depreciation and amortization) of $8.7bn, beating consensus expectations of $8.6bn, albeit down 28% compared to 1H21. The company realised strong commodity prices in the first quarter of its 2022 financial year, which unfortunately declined towards the end of the period while inflationary costs were increasing. This resulted in a 72% year-on-year (y/y) decline in the group’s attributable free cash flow to $1.6bn.

Its underlying EPS (earnings per share) were down 28% y/y to 311 US cents while the market was looking for 286 US cents. Its DPS (dividend per share) came in at 124 US cents with no additional buyback per share, beating market expectations for 115 US cents. This was in line with the company’s 40% payout policy.

The divisional EBITDA performance is summarized below: 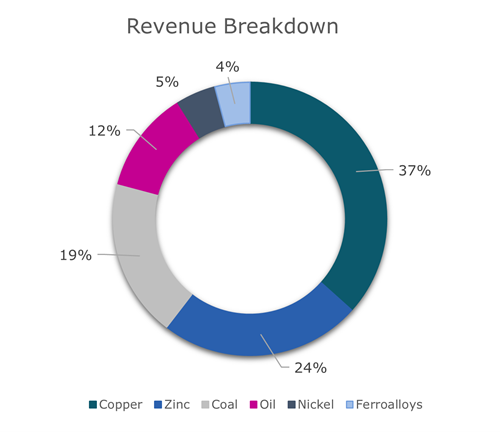 Glencore reported a strong set of interim results, broadly beating market expectations. Revenue increased to $134.4bn from $93.8bn, up 43% from a year ago. The geopolitical tensions during the first half created dislocation in the energy markets, resulting in record pricing for coal and gas, which the company benefitted from.

It reported an adjusted EBITDA of $18.9bn, up 119% y/y from $8.7bn. The market expected EBITDA to come in at $18.4bn. The market beat was driven by higher EBITDA in its marketing division and better profitability in its coal and oil segments. There was a massive increase in Glencore’s net income to $12.1bn, up from $1.3bn. This value was also ahead of what the market was expecting.

The divisional EBITDA performance is summarized below:

The urgent call to bank the underbanked

The banking and finance sector needs to urgently address unbanked and underbanked business owners in order to jump start the South African economy.

New Year, New You - Welcome back!