mRNA - The Software of Life

While the mRNA platform is relatively new to the medical world, it is quite possible that we have witnessed the ushering in of a new era for vaccinology.

The ability of humans to innovate can never be underestimated and often during periods of pain and suffering our ingenuity shines brightest. Currently, we are living through one of the most devastating periods in recent human history and yet we have seen an acceleration in disruptive trends which continue to reshape various industries.

Not surprisingly, some of the biggest disruptions are taking place in the healthcare field. In particular, the mRNA platform, which gave birth to the Pfizer and Moderna vaccines, has the potential to revolutionise the way in which vaccines and therapeutics are designed and manufactured. Despite the obvious potential of this platform, many are unaware of its existence or are fearful of the unforeseen consequences that may come from this revolutionary technology.

Messenger RNA or mRNA for short, is a molecule that exists in every cell of your body. One way to try and understand it is to think in terms of cooking. Imagine your DNA, which contains instructions of your genes, as a recipe book, a very special recipe book that was passed down to you by your grandmother. You enjoy making her famous chocolate cake recipe but if you keep taking the recipe book into the kitchen you could damage the book by getting all those ingredients on it, so much so that you might not be able to read the recipe anymore. Through the remarkable powers of evolution, the human body came up with an ingenious way to protect the integrity of the recipe book. Whenever the body fancied a slice of chocolate cake (in this case it will represent insulin which is a protein), it would make a xerox copy of the “recipe” (mRNA) and take this copy into the kitchen (human cell) and make it using a 3D printing machine (ribosome) which would read this instruction and make the cake (insulin protein).

Taking the above a step further, the body can almost be viewed as a computer but instead of zeroes and ones it is made up of letters – our DNA, the “hard drive” of life. Much like computers, our body can also be programmed to perform tasks and mRNA is the software that can achieve this goal.

This is all well and good but how does mRNA apply to the case of vaccines? Pathogen’s, which are microorganisms that can cause infectious diseases such as viruses, have an associated antigen, which are molecules capable of activating our immune system to begin fighting the virus. Typically, scientists would undertake the arduous task of not only identifying the right antigen but also ways in which it could be produced in mass quantities as well as how it could be integrated into a vaccine. Compared to traditional approaches, the mRNA platform serves to develop the recipe (or code) that is delivered to the human body via a vaccine (injection in this case). Once a cell receives the instruction, it will begin manufacturing the antigen (protein) itself which in turn will result in an immune response, creating antibodies which fend off the coronavirus that causes COVID-19.

This stands in contrast to traditional vaccination methods where the body is injected with an antigen or pathogen. What is important to note here is that mRNA relies on our own body to produce the proteins (antigens) rather than having them produced in a lab. It is much easier and quicker to produce mRNA in a lab than the actual proteins/antigens.

Using the mRNA platform, a company like Moderna was able to design a vaccine with an efficacy of 94% in only 42 days and in the span of less than a year this vaccine was manufactured and received regulatory approval. However, this is only a drop in the ocean for the potential of the mRNA platform which can be applied across a range illnesses and diseases. For example, Moderna has multiple programs in place which include a vaccine for cytomegalovirus, a leading cause of birth defects, vaccines that would target respiratory illnesses including the flu as well as vaccines and therapeutics in the oncology space, to name but a few.

While the mRNA platform is relatively new to the medical world, it is quite possible that we have witnessed the ushering in of a new era for vaccinology. As we emerge from our bunkers with the landscape realtered, most likely for good, the mRNA platform allows us to be better prepared to respond quickly and effectively to future pandemic threats. 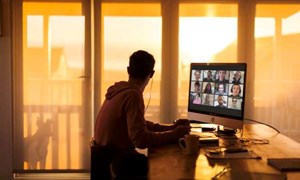 The Covid third wave and the National Health Insurance plan were two of the key domestic themes that were considered this month.