Central banks have become increasingly hawkish in their stance towards record levels of inflation. 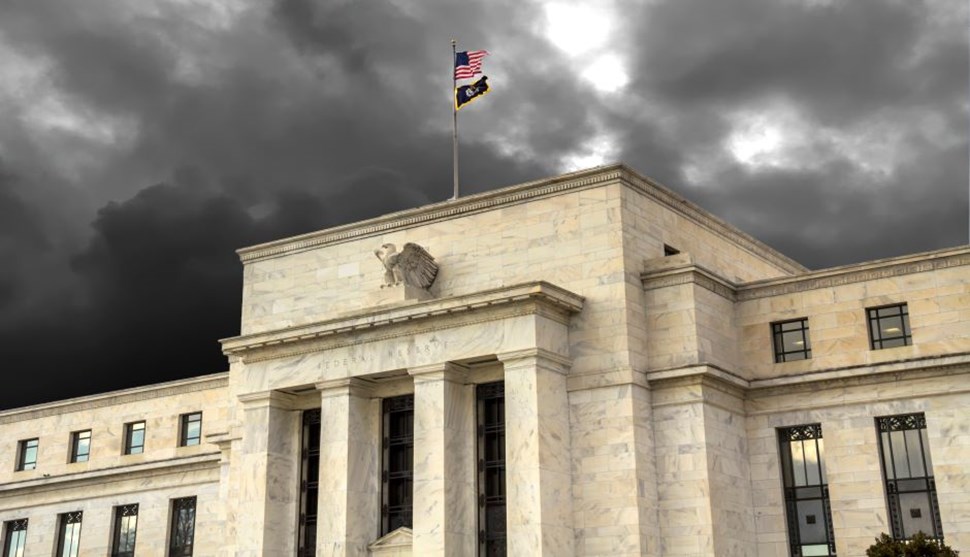 Rising interest rates continue to drag stock prices lower as the MSCI All Country World Index, a benchmark for global equity markets, declined 8.0% during the month of April. In addition to rising interest rates, COVID-related lockdowns in China have added further pressure to the ongoing issue of supply chain constraints. This, combined with soaring energy prices, brought about by the Russia-Ukraine conflict, has led to inflation levels remaining persistently high. As a result, corporate profit margins have begun to feel the pinch of higher input costs.

Central banks have become increasingly hawkish in their stance towards record levels of inflation. US consumer prices continued to accelerate higher having risen by more than 8% during March compared to the prior year, the fastest pace since 1981. The rising costs of food and energy were the main culprits behind the rapid increase. The US Federal Reserve (“Fed”) is determined to rein in spiralling inflation. Fed chairman, Jerome Powell, has expressed the need to move “a little more quickly” in the central bank’s fight against inflation, stating that a 50 basis points increase will be on the table come May. In terms of controlling costs, an increase in interest rates is expected to have the desired effect of lowering demand for goods and services which in turn makes it harder for companies to increase prices. However, increasing interest rates also leads to lower stock prices. In general, equity prices and the direction of interest rates have an inverse relationship. The theory goes that the fundamental value of a company’s stock price, as well as other assets for that matter, is based on the value of the future cash flows that are expected to be generated by the company discounted back to the present day. Increasing interest rates increases the rate at which those cash flows are discounted and consequently reduces the value of those future cash flows and in turn, the (intrinsic) value of the company.

April saw a continuation of the rising interest rate trend as the US 10-year Treasury yield rose from 2.29% to 2.89%. Perhaps more significant has been the return of real interest rates to positive territory. The real rate of interest is derived after stripping out the impact of inflation. Following the onset of the pandemic in 2020, the yield on US inflation-adjusted bonds turned negative and has remained below zero up to now. However, escalating interest rates saw the real yield turn positive during April. Another interesting development that occurred during April was an inversion of the yield curve which occurs when the yield of the shorter-term 2-Year US Treasury rises above its 10-Year counterpart. An inverted yield curve can indicate that a recession is imminent but there are reasons to believe that in this instance, the inversion has been driven by technical factors rather than fundamental reasons. The inversion was however short-lived as the longer term 10-Year yield has since risen above its shorter-term counterpart though fears of an incoming recession continue to loom.

The S&P 500 Index, a broad measure of US equity markets, fell almost 9% during April and rising interest rates were the most likely suspect behind falling stock prices.  The tech-heavy Nasdaq index fell even further, a sizable 13%, as longer duration or growth stocks are relatively more sensitive to interest rate changes. Further compounding the misery for certain tech stocks has been a transition from a pandemic period back towards a “normalised” environment. Many technology stocks that benefited from the pandemic experienced a “pull forward” in growth but now they are having to absorb a normalisation in growth rates as the less than-than-impressive growth numbers from these companies have come in below investor expectations.

Whilst the Fed has shown an increased willingness to raise interest rates, the European Central Bank (“ECB”) has been more cautious in its stance, opting for a “gradual” approach to address soaring inflation in the region and is yet to commence its own rate hiking cycle. The war in Ukraine makes matters more complicated as supply shocks, soaring energy prices owing to Europe’s reliance on Russian energy and the expected decline in economic growth stemming from the conflict makes the idea of increasing interest rates rather daunting. However, as inflation continues to climb, markets are pricing in a rate hike from the ECB to take place in the second half of the year. Despite the prospect of an increase, European equity markets fared relatively better than the US as major European indices such as the French CAC40, the German Dax and the Dutch AEX ended the month down 1.3%, 2.2% and 1.3% respectively. It is however worth noting that the dollar’s relative strength against the euro means that in USD terms, the above European indices were down between 6-7%.

Asian equities were also weaker against a rising interest rate backdrop in the US and Europe. Major indices such as the Hang Seng in Hong Kong, the CSI 300 in mainland China and the TOPIX in Japan declined 4.1%, 6.0% and 2.8% respectively. The Bank of Japan has opted to maintain bond yields at zero sighting a fragile economy as a risk to increasing rates. The unwillingness of Japan’s central bank to raise rates has seen the yen fall to a two-decade low against the US dollar. Lockdowns continue to plague Chinese equity markets. The Chinese securities regulator has urged banks and insurers to step up support for local equity markets and the renminbi has weakened against the US dollar as concerns linger over the state of the Chinese property sector as well as the country’s economic growth outlook as increased lockdowns sour expectations.

The price of Brent crude continues to trade above a $100 a barrel despite various parts of China being placed under lockdown, a dampener for oil demand. In addition, the US as well as the likes of the UK and Germany have opted to release millions of barrels of fuel from their emergency reserves to plug the hole left by Russian oil production. Russia is one of the world’s major oil producers and with the likes of the US, the UK and now the EU opting to ban the import of Russian oil and gas, the price of the commodity has become increasingly volatile, rising to nearly $140 a barrel earlier this year.

Lockdowns across China have played their part in causing commodity prices for various metals taking a breather during April having risen sharply since the onset of the Russian invasion. The likes of copper, lead, nickel, platinum and zinc ended the month down between 1% and 8% whilst iron ore closed flat for April. The price of gold, which remains above $1,900 a troy ounce, saw little movement for most of the month before falling slightly to close April down 2%. The attractiveness of bullion does weaken as it is a non-yielding asset which in turn loses appeal as interest rates rise.

Weaker commodity prices played their part in the decline of the JSE All Share Index which ended the month nearly 4% lower. The resource heavy index was weighed down by falls in mining stocks as well as financials (banking and insurance groups) owing to negative sentiment towards emerging market stocks. The negativity can be attributed to rising COVID-19 cases in China, weaker commodity prices as well as rising inflation in the US and Europe, the outcome of which has led to rising interest rates in the developed regions. Additionally, the rand lost ground against the US dollar during month as it fell from R14.53 to R16.03 against the greenback.

If the market rallies in a forest full of bears, does anyone heed it?

Month in review: In what proved to be a volatile month for stocks, the MSCI All Country World Index, a broad measure of global equity markets, fell sharply before rallying to end the month 0.2% higher.